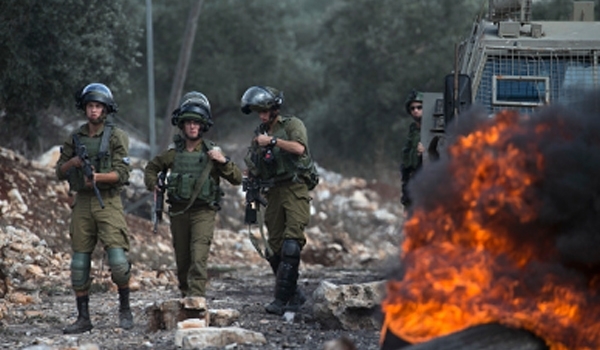 RNA - Israeli forces detained a Palestinian after storming and ransacking his family home in Qabatiya town, South of Jenin in the northern West Bank, WAFA reported.

Two others from the same town were detained after being stopped by Israeli forces at a Nablus-area checkpoint and another checkpoint near Bizzariya village, Northwest of Nablus.

Forces detained another Palestinian during a similar raid into Faqqu'a village, north of Jenin city.

Two others were detained during subsequent overnight raids into Jericho district in the Jordan Valley.

This came after Israel detained on Wednesday at Beit Hanoun border crossing with Israel in the northern Gaza Strip a 27-year-old Palestinian from al-Qarara, North of Khan Younis in the southern Gaza Strip, as he attempted to cross the border on his way for medical treatment in Jordan.

Meanwhile, the Israeli authorities issued administrative detention orders against 15 Palestinians from the West Bank - all except two had their orders renewed, ranging in time between two to six months, according to attorney Asharf Abu Sneineh from the Prisoners’ Affairs Commission.

Tags: Palestinian Israel
Short Link rasanews.ir/201okh
Share
0
Please type in your comments in English.
The comments that contain insults or libel to individuals, ethnicities, or contradictions with the laws of the country and religious teachings will not be disclosed