Rasa - Iran’s Islamic Revolution Guards Corps (IRGC) has dismantled a terrorist group in an operation in the northwestern Iranian province of West Azarbaijan. 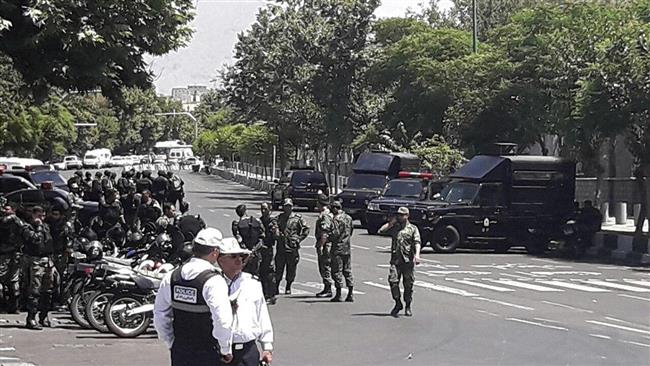 RNA - IRGC ground forces launched the operation after receiving information on Wednesday that a terrorist team of four had infiltrated the Chaldoran region of the province and had killed two locals.

The IRGC forces hunted down the terrorists and killed them in a shootout. The forces also retrieved weapons, ammunition, and communication equipment from the terrorists.

In August, the IRGC dismantled another terror group in West Azarbaijan Province that had sought to enter Iran with the purpose of conducting acts of sabotage and terror.

Iran has arrested dozens of terrorists since twin terrorist attacks in the Iranian capital, Tehran, on June 7, when 17 people were killed and 50 others were injured.

Back then, gunmen almost simultaneously attacked Iran’s Parliament and the Mausoleum of the late Founder of the Islamic Republic, Imam Khomeini.

The Takfiri Daesh terrorist group claimed responsibility for those assaults.

Tags: IRGC Iran
Short Link rasanews.ir/201okc
Share
0
Please type in your comments in English.
The comments that contain insults or libel to individuals, ethnicities, or contradictions with the laws of the country and religious teachings will not be disclosed