Hamas has essential belief in the weapon of resistance

Rasa – Senior members of the Hamas movement, in Tehran for a high profile visit, joined a panel debate organized by the Andishehsazan Nour Studies Centre that helped remove ambiguities as to the Cairo agreement and the Hamas positions. 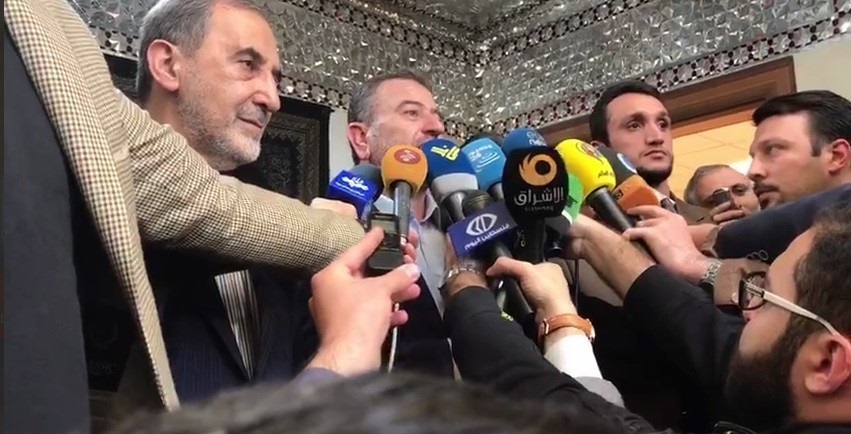 Hamas has essential belief in the weapon of resistance

Rasa – Senior members of the Hamas movement, in Tehran for a high profile visit, joined a panel debate organized by the Andishehsazan Nour Studies Centre that helped remove ambiguities as to the Cairo agreement and the Hamas positions.

RNA – In the wake of a national reconciliation agreement between the Palestinian groups of Hamas and Fatah, speculations rose in media as to the nature of the agreement and its likely outcome.

Senior members of the Hamas movement, in Tehran for a high profile visit, joined a panel debate organized by the Andishehsazan Nour Studies Centre that helped remove ambiguities as to the agreement and the Hamas positions.

Early in the meeting, the head of the Hamas delegation, Saleh al-Arouri who serves as the deputy of the Hamas political bureau, thanked Iran for providing the opportunity and acknowledged that Iran has had genuine concerns for the Palestinian issue.

As for the Cairo reconciliation process, Arouri said Hamas had stayed fast to the weapon of resistance during the talks and that it would never recognize Israel.

“We have essential belief in the weapon of resistance, the reestablishment of historical Palestine and the destruction of Israel,” he said, adding Hamas would never abandon its beliefs.

The Hamas chief rejected Israeli allegations that Hamas was ready to recognize the Zionist regime, adding Hamas would lose its Islamic faith if it recognizes Israel.

As for Hamas relations with Iran, Arouri said Israel conditioned its potential recognition of the Cairo agreement on Hamas severing of ties with Iran however Hamas declared it would not keep its Iran ties but also it would boost them.

“Our presence in Iran is evident to the claim,” he added.

Arouri said Hamas relations with Iran were rather strategic than tactical, adding the Palestinian issue was the focal issue of the Muslim community. “Israel is a fundamental threat for the community; we consider it a duty to counter the threat,” he said.

The Hamas chief said Hamas had made the agreement with Fatah is a bid to keep minimum Palestinian rights within the 1967 borders however it believes in the establishment of a Palestine that extends from the Jordan River to the Mediterranean Sea.

Next, chief of Hamas’ Arab affairs, Osama Hamdan said Iran and Hamas should be alongside one another in the face of US and Israeli project for the disintegration of the region.

“Israel is the nerve centre of the project; Israel is going to make alliance with certain regional states and seeks to launch a war against Islam,” he said, adding Hamas’ three decades of experience show that there is no way but to resists.

Also, Iranian analyst and the organizing centre’s manager, Sadollah Zarei said during the panel debate that Iranian authorities and people have a special attention to the Hamas movement and hope that Hamas would stay fast to the cause of liberation of Palestine.

He said Iran was a second home for Hamas.

Tags: Saleh al-Arouri Palestinians Hamas Tehran Iran Liberating Palestine Palestinian Islamic Republic of Iran Palestine
Short Link rasanews.ir/201okT
Share
0
Please type in your comments in English.
The comments that contain insults or libel to individuals, ethnicities, or contradictions with the laws of the country and religious teachings will not be disclosed