Rasa - Israel has issued permits for the construction of 176 new settler units in the heart of a Palestinian neighborhood in the occupied East Jerusalem al-Quds despite international calls to stop the settlement expansion. 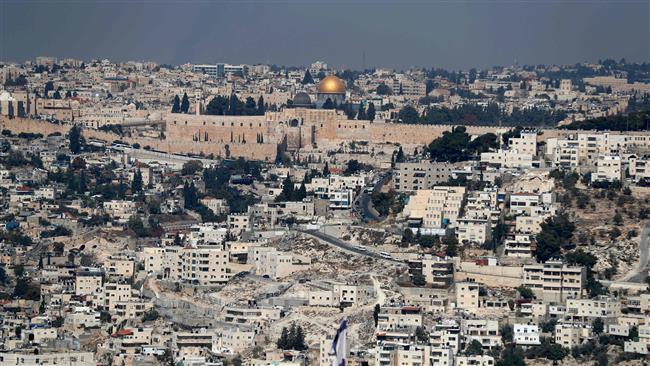 RNA - A spokeswoman for Jerusalem al-Quds municipality said the city's planning committee made the approval on Wednesday.

The news was swiftly denounced by the Palestinians as a violation of international law.

The construction of the new units will almost triple the number of settler homes in the Nof Zion settlement.

Nof Zion currently has 91 dwellings and is surrounded by Palestinian houses in the Jabel al-Mukaber neighborhood.

Wasel Abu Yousif, a member of the Palestine Liberation Organization (PLO), condemned the construction plan in Jabel al-Mukaber as "a challenge to all the calls by the international community" to halt settlement building.

Last week, Israeli authorities approved plans for the construction of more than 2,600 settler units in the occupied West Bank, drawing condemnation from Palestinians and the European Union.

Much of the international community regards the Israeli settlements as illegal because the territories were captured by Israel in a war in 1967 and are hence subject to the Geneva Conventions, which forbid construction on occupied lands.

Tags: Palestinian Israel
Short Link rasanews.ir/201okO
Share
0
Please type in your comments in English.
The comments that contain insults or libel to individuals, ethnicities, or contradictions with the laws of the country and religious teachings will not be disclosed