Rasa - A collection of terrorists in Syria set up positions on March 18, 2013, and fired several barrages of rockets at targets in the heart of Damascus by direct order of Prince Salman bin Sultan, a member of Saudi royal family. 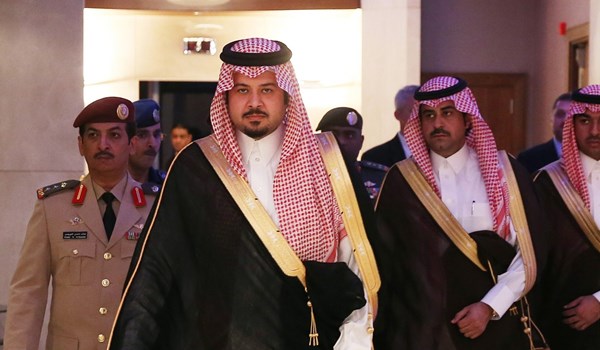 RNA - According to a top-secret National Security Agency document provided by whistleblower Edward Snowden, the March 2013 rocket attacks were directly ordered by a member of the Saudi royal family, Prince Salman bin Sultan, the intercept reported.

The attack was a brazen show of force by rebels under the banner of the Free Syrian Army, targeting the presidential palace, Damascus International Airport, and a government security compound.

Salman had provided 120 tons of explosives and other weaponry to opposition forces, giving them instructions to “light up Damascus” and “flatten” the airport, the document, produced by the US government surveillance on Syrian opposition factions, shows.

Tags: Syria Saudi
Short Link rasanews.ir/201okI
Share
0
Please type in your comments in English.
The comments that contain insults or libel to individuals, ethnicities, or contradictions with the laws of the country and religious teachings will not be disclosed