Hamas Official Underlines Settlement of All Differences with Iran

Rasa - Hamas Representative in Tehran Khalid al-Qadoumi underlined that the Palestinian resistance group and Iran have settled their differences, stressing their cooperation in the fight against the Israeli occupation. 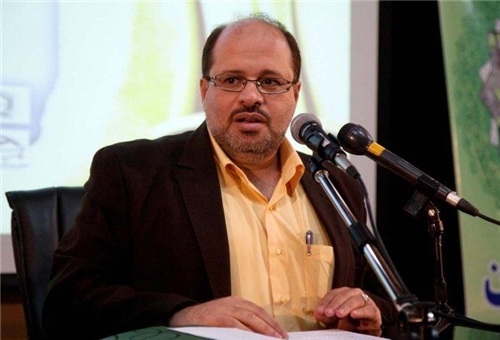 RNA - "The era of differences between Tehran and Hamas has ended and we move within the framework of strengthening confrontation against the occupying regime of Israel which is a danger to all the regional states," Qadoumi was quoted as saying by the Arabic-language al-Rasalah news website on Monday.

"Tehran has always supported us and we are partners in fighting the occupier regime and we have taken positive steps to expand ties with Tehran," he added.

Meantime, Hamas Spokesman Sami Abu Zuhri declared that the Palestinian resistance group could fix the gaps created with Tehran in the past few years, adding that relations with Iran have returned to the normal conditions.

"Hamas is an ally of all sides which support Palestine, including Iran, and these ties have returned to normal in line with supporting the resistance project," he added.

Abu Zuhri said that the recent visit by a Hamas delegation to Tehran was in line with supporting the resistance and political consultations on political issues related to Palestine and other regional developments.

A high-ranking Hamas delegation began a visit to Iran on Friday to inform Tehran about reconciliation efforts with rival Palestinian faction Fatah.

The group led by Deputy Head of Hamas political bureau Saleh al-Arouri will meet senior Iranian officials over the next several days.

The two Palestinians factions have agreed a landmark deal to end a decade-long split and are seeking to form a unity government along with other parties.

"We congratulate you for declaring that you will not set your weapons aside and for describing it as your redline," Velayati said in Tehran.

Velayati underlined that he welcomes meeting with the resistance groups' officials, specially Hamas, on any occasion.

Tags: Hamas Iran Palestinian
Short Link rasanews.ir/201ojY
Share
0
Please type in your comments in English.
The comments that contain insults or libel to individuals, ethnicities, or contradictions with the laws of the country and religious teachings will not be disclosed