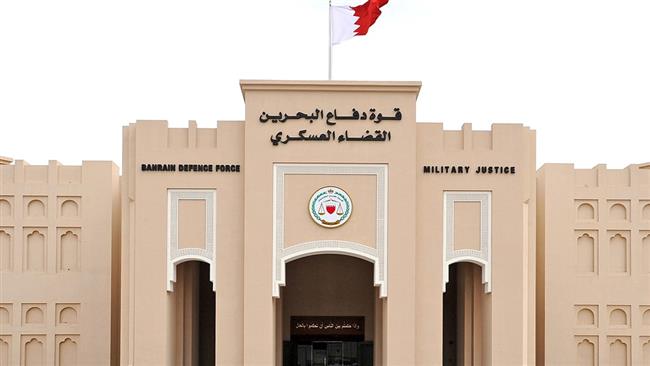 RNA - Bahrain’s state-run news agency reported on Sunday that Head of the Military Judiciary, Brigadier Youssef Rashid Fleifel, had charged members of a civilian "terrorist cell," and referred them to the High Military Court to set a date for their trial.

Fleifel did not give further detail on the number or identities of those, who are to stand trial.

On May 9, Bahrain’s public prosecution referred the case of Fadhel Sayed Abbas Hasan Radhi, a victim of enforced disappearance, to the military court. It was the first referral of a civilian to trial before a military court since 2011.

“This is a shameful move by the authorities designed to strike fear in the heart of the population. It is also a serious blow for justice in Bahrain. Military trials in Bahrain are flagrantly unfair. And trying civilians before military courts is contrary to international standards,” Samah Hadid, Director of Campaigns at Amnesty International’s Beirut regional office, said at the time.

She added, “The decision to transfer Fadhel Sayed Abbas Hasan Radhi to the military court must immediately be quashed. He must be given immediate access to proper legal representation, informed of the charges against him, and tried in a civilian court, according to international fair trial standards.”

Radhi disappeared for over seven months after his arrest on September 29, 2016 at his family home in Hamad town, southwest of the capital, Manama.

During that time, he was not allowed access to a lawyer and was cut off from the outside world.

On March 5, Bahrain’s parliament approved the trial of civilians at military tribunals in a measure blasted by human rights campaigners as being tantamount to imposition of an undeclared martial law countrywide. King Hamad ratified the constitutional amendment on April 3.

Tags: Al Khalifah bahrain
Short Link rasanews.ir/201ojS
Share
0
Please type in your comments in English.
The comments that contain insults or libel to individuals, ethnicities, or contradictions with the laws of the country and religious teachings will not be disclosed