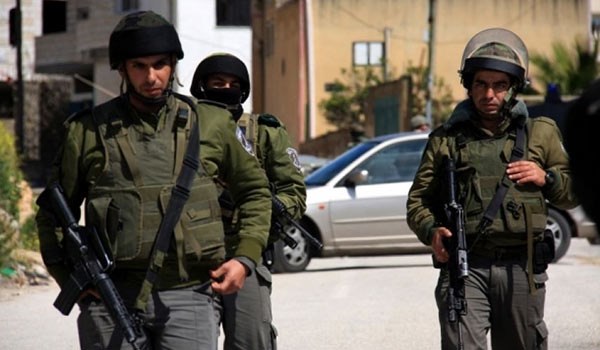 RNA - PPS said two Palestinian minors aged 14 and 15 were detained in the Qalqilia area, whereas two other teenagers aged 16 and 17 were detained in Bethlehem’s town of Taqou’, WAFA reported.

Two more Palestinians were detained by the Israeli army in the Nablus area.

Meanwhile, Israeli forces on Sunday notified a number of Palestinians from Silwan neighborhood, in occupied East Jerusalem, about their intention to demolish their homes, according to local sources.

WAFA correspondent said staff from the Israeli municipality of West Jerusalem backed by a police escort broke into Silwan and handed over notices to a number of local citizens informing them about the municipality’s intent to demolish their homes, under the pretext of construction without a permit.

Over the years, the Israeli municipality of Jerusalem has demolished hundreds of Palestinian-owned homes in the city for lack of a construction permit. The municipality claims that compared to the Jewish population, it receives a disproportionately low number of permit applications from Palestinian communities.

However, testimonies collected by the Applied Research Institute Jerusalem (ARIJ) found that the procedures to apply for Israeli-issued building permits were lengthy, sometimes lasting for several years, while the application costs could reach up to 300,000 shekels ($79,180).

Tags: Palestinian Israel
Short Link rasanews.ir/201ojF
Share
0
Please type in your comments in English.
The comments that contain insults or libel to individuals, ethnicities, or contradictions with the laws of the country and religious teachings will not be disclosed