Rasa - Syria has criticized the UN Security Council for its inaction towards Israel’s fresh acts of aggression against its territory in the Golan Heights, denouncing the attacks as an example of Tel Aviv’s collaboration with terrorist groups. 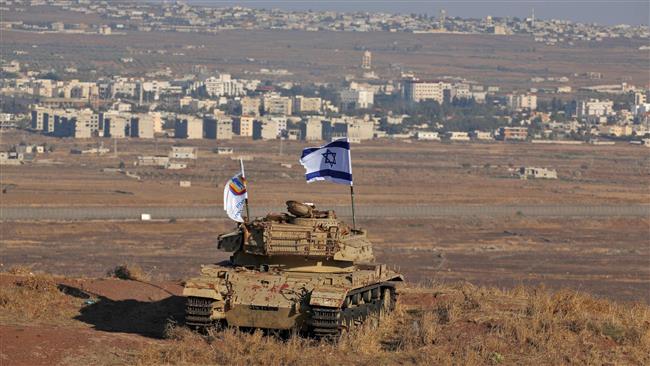 The letters warned about the serious repercussions of Israel’s repeated acts of aggression which they said constituted a flagrant violation of the principles of the UN Charter and the rule of international law, and expressed shock over the Security Council’s failure to condemn such Israeli attacks.

On Thursday, Israel struck a Syrian artillery position near the southwestern town of Quneitra.

Also on Saturday, the Israeli military said it had attacked three Syrian government’s artillery positions in the Golan Heights in response to what it claimed to be the firing of five projectiles from Syria.

The Israeli military said the projectile attacks did not bring about any damage or injuries in the Israeli-occupied area, but warned that the regime may start escalating such “retaliatory” measures.

It was Israel’s second act of aggression against Syrian territory this week.

Back in June, The Wall Street Journal reported that Israel had been providing militants in Syria’s Golan Heights with a steady flow of funds and medical supplies.

Israel seized the Golan Heights from Syria during the 1967 Six-Day War and has continued to occupy two-thirds of the strategically-important territory ever since, in a move that has never been recognized by the international community.

The regime has built tens of illegal settlements in the area since its occupation and has used the region to carry out a number of military operations against the Syrian government.

Tags: UN Syria Israel
Short Link rasanews.ir/201oix
Share
0
Please type in your comments in English.
The comments that contain insults or libel to individuals, ethnicities, or contradictions with the laws of the country and religious teachings will not be disclosed