Rasa - Guards at Bahrain’s Jaw Prison have cut off water in the notorious penitentiary for days and deprived the inmates of taking shower and using toilets as the ruling Al Khalifah regime presses ahead with its heavy-handed crackdown against opposition figures and pro-democracy activists in the tiny Persian Gulf kingdom. 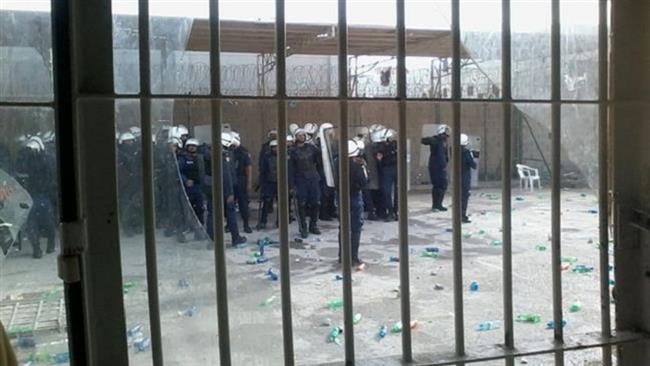 RNA - The Bahrain Forum for Human Rights (BFHR) said in a statement on Saturday that the only means of hygiene in the prison was water, which prison officers “intentionally shut off for three consecutive days last week.”

The rights group also pointed to the practice of intentional negligence when detainees sought medical attention from prison authorities, arguing such conduct had resulted in the deterioration of the health condition of many political detainees, including Elias Mullah, who is being denied adequate treatment for his colon cancer.

Hundreds of inmates are kept in the Jaw Prison, Bahrain’s central detention facility, for their participation in peaceful pro-democracy rallies.

Tags: Al Khalifah bahrain
Short Link rasanews.ir/201oiw
Share
0
Please type in your comments in English.
The comments that contain insults or libel to individuals, ethnicities, or contradictions with the laws of the country and religious teachings will not be disclosed