Death Toll Rises to Over 70 in Afghanistan Mosque Attack 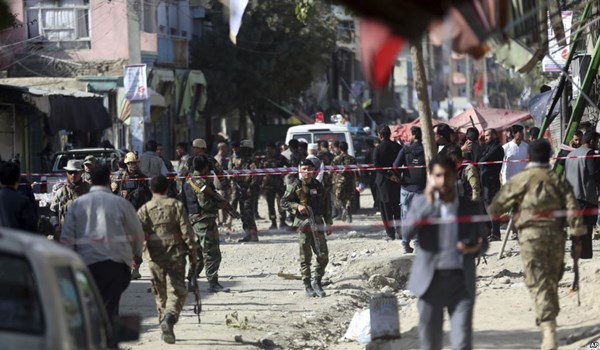 RNA - One bomber walked into a mosque in the capital Kabul as people were praying on Friday night and detonated an explosive, Mahmood Shah Husaini — one of the worshippers there — said, Pakistan Today reported.

“I was in the mosque bathroom when I heard a blast. I rushed inside the mosque and saw all the worshippers covered in blood,” Hussain Ali told AFP.

“Unfortunately this evening, a suicide bomber detonated himself among the worshippers inside a mosque in Dasht-e-Barchi neighbourhood of Kabul city,” Kabul police spokesman Abdul Basir Mujahid told AFP.

“Some of the wounded were fleeing. I tried to stop someone to help me help the wounded but everyone was in a panic. It took ambulances and the police about an hour to reach the area,” he added.

Police initially said a gunman entered the Imam Zaman mosque in the West of the city and opened fire on worshippers.

Separately, a suicide bomber detonated himself in a mosque in the impoverished and remote central province of Ghor, killing at least 33 people, Danish said.

A senior local police commander — who is believed to have been the target of the attack in Dolaina district — was among the dead, district governor Mohsen Danishyar told AFP.

Tags: Mosque Afghanistan
Short Link rasanews.ir/201oih
Share
0
Please type in your comments in English.
The comments that contain insults or libel to individuals, ethnicities, or contradictions with the laws of the country and religious teachings will not be disclosed