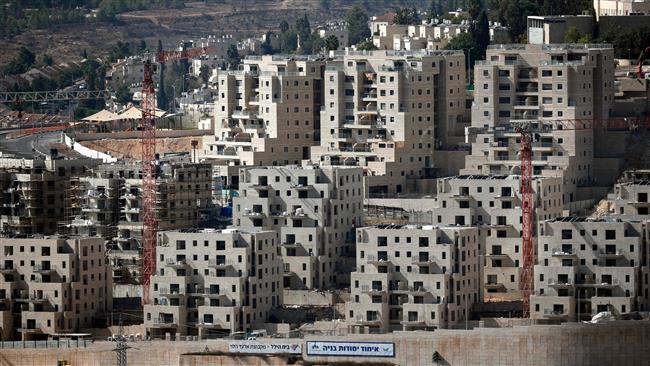 RNA - Hanan Ashrawi, a member of the PLO’s Executive Committee, said on Friday that Israel’s settlement activities are illegal under international law, and amount to war crimes under the Rome Statute of the International Criminal Court (ICC).

“Israel is deliberately working to enhance its extremist Jewish settler population and to superimpose ‘Greater Israel’ on all of historic Palestine. Undoubtedly, it is bent on annexing the entire city of Jerusalem al-Quds, systematically wiping out the Palestinian presence and continuity on Palestinian soil, and destroying the territorial and demographic contiguity of the future Palestinian state,” she added.

The top PLO official further noted that the plans by the Israeli Civil Administration’s High Planning Committee for 2,615 housing units are “in blatant disregard of the requirements for the two-state solution. [Israeli Prime Minister Benjamin] Netanyahu along with his extremist and racist coalition continue to persist with their egregious policies of colonial settler expansionism.”

Ashrawi then called on the international community to “intervene immediately, and force Israel to put an end to its unlawful unilateralism and acts of land theft and colonialism once and for all.”

Less than a month before Trump took office, the United Nations Security Council adopted Resolution 2334, calling on Israel to “immediately and completely cease all settlement activities in the occupied Palestinian territories, including East Jerusalem” al-Quds.

“Looking at two-state or one-state, I like the one that both parties like. I’m very happy with the one both parties like. I can live with either one,” the US president said during a joint press conference with Netanyahu in Washington on February 15.

Tags: Settlement Israel
Short Link rasanews.ir/201oiX
Share
0
Please type in your comments in English.
The comments that contain insults or libel to individuals, ethnicities, or contradictions with the laws of the country and religious teachings will not be disclosed