Rasa - The United Nations children’s agency has warned of the dire conditions of Myanmarese refugee children in overcrowded and squalid refugee camps in Bangladesh. 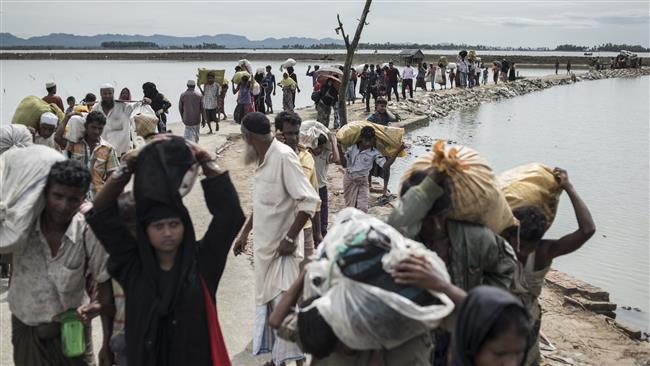 RNA - UNICEF said in a report that children, who make up 58 percent of the nearly 600,000 Rohingya Muslims who have been forced to flee violence and persecution in Myanmar into Bangladesh, are trapped in a “hell on earth,” media reported on Friday.

The UN agency report documented the plight of the children who have sought refuge at Cox’s Bazar, Bangladesh over the last eight weeks.

Report author Simon Ingram said about one in five children in the area are “acutely malnourished.”

“Many Rohingya refugee children in Bangladesh have witnessed atrocities in Myanmar no child should ever see, and all have suffered tremendous loss,” UNICEF Executive Director Anthony Lake said in a statement.

The report came ahead of a donor conference in Geneva on Monday to drum up international funding for the Rohingya. The UN and humanitarian agencies say they urgently need $434 million for the Rohingya refugees — about one-sixth of which would go to UNICEF efforts to help children.

There are currently about one million Rohingya refugees in the camps near Bangladesh’s border with Myanmar.

Ingram also warned of the threats posed by human traffickers and others who might exploit the refugee children.

“These children just feel so abandoned, so completely remote, and without a means of finding support or help. In a sense, it’s no surprise that they must truly see this place as a hell on earth,” Ingram said.

Color drawings by Rohigya children, who are being cared for by UNICEF and other aid groups in Cox’s Bazar, depict deadly Myanmar helicopter gunships and soldiers firing bullets on innocent villagers.

Rohingya Muslims have been forced to flee government-sanctioned violence in Myanmar, which started late last year but has intensified since August.

Over the past weeks, there have been numerous reports of systematic violence against the Rakhine-based Muslims, including random shootings, rape, and arson attacks, in what is censured by the UN as an ethnic cleansing campaign against the minority group.

Rohingya Muslims, recognized by the UN as the world’s most persecuted minority group, are denied Myanmarese citizenship as the country’s leadership brands them illegal Bangladeshi immigrants.

Tags: bangladesh Rohingya UNICEF
Short Link rasanews.ir/201oiS
Share
0
Please type in your comments in English.
The comments that contain insults or libel to individuals, ethnicities, or contradictions with the laws of the country and religious teachings will not be disclosed