Rasa - The majority of Americans fear the United States will get involved in a major war during President Donald Trump’s first term in office, with most people viewing North Korea as the biggest threat to the country, according to a new poll. 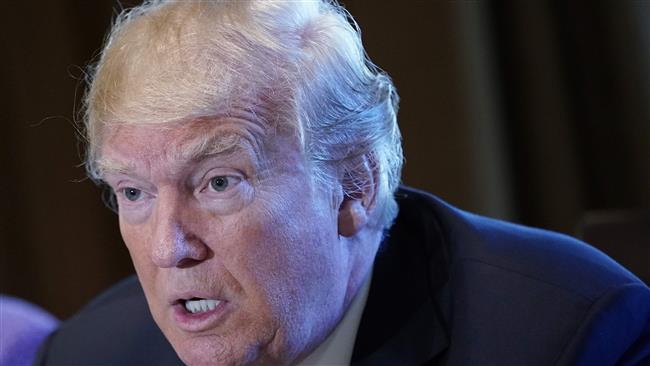 RNA - In an online survey conducted by NBC News/SurveyMonkey, 72 percent of surveyed Americans said they are worried the country might get involved in a conflict over the next four years, compared to just 26 percent who expressed no concern about a war.

The poll also found that 54 percent believe North Korea is an immediate threat to the US, up 13 points since July.

Nearly 20 percent consider the Daesh terrorist group (ISIL) as an imminent danger to the US, while 14 percent believed Russia is threat and just 4 percent said they worry about Iran.

Tensions between Washington and Pyongyang have escalated in recent months, with both countries threatening each other with a nuclear strike.

Trump’s comments have prompted concern from Democrats, with a number of them outlining their opposition regarding a pre-emptive nuclear strike against North Korea.

Trump stated back in August that he would respond to threats from Pyongyang with “fire and fury.” He also threatened to “totally destroy” the country during his first address to the UN General Assembly.

Trump’s comments have prompted concern from Democratic lawmakers in Congress, with a number of them underscoring their opposition towards a pre-emptive nuclear strike against North Korea.

The USS Ronald Reagan, a 100,000-ton nuclear powered aircraft carrier, sailed in waters east of the Korean peninsula on Thursday, a move designed to warn North Korea  not to conduct military action in the region.

The US Navy’s biggest warship in Asia carried out military drills with South Korea’s navy involving 40 warships west of the Korean peninsula.

North Korea's official news agency described the US aircraft carrier as a "primary target" and said Washington should expect an "unimaginable" attack.

"The US is running amok by introducing under our nose the targets we have set as primary ones. The US should expect that it would face [an] unimaginable strike at an unimaginable time," said a statement carried by the official Korean Central News Agency.

A USA TODAY/Suffolk University poll released earlier this month found that most Americans disagree with Trump on just about everything from his military threats against North Korea to his combative stance toward US football players who won't stand for the national anthem.

The poll also showed that an overwhelmingly majority disapprove of the job Trump is doing in office and believe he is leading the country in the wrong direction.

Tags: US Trump
Short Link rasanews.ir/201oiD
Share
0
Please type in your comments in English.
The comments that contain insults or libel to individuals, ethnicities, or contradictions with the laws of the country and religious teachings will not be disclosed