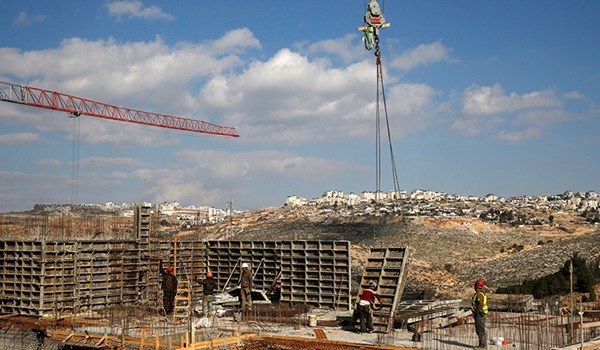 RNA - Peace Now reported that the Israeli authorities approved the plans on Tuesday, noting that further approvals were likely on Wednesday

The Israeli committee which oversees the settlement construction in the West Bank is expected to approve the construction of over 2,000 units in the course of its two-day meeting.

According to Israeli officials, a total of around 12,000 residential units will be granted different stages of approval in 2017, four times the amount last year.

Since the inauguration of US President Donald Trump in January 2017, the regime in Tel Aviv has stepped up construction of settler units on the occupied Palestinian land in a blatant violation of international law.

Less than a month before Trump took office, the United Nations Security Council adopted Resolution 2334, which called on Israel to “immediately and completely cease all settlement activities in the occupied Palestinian territories, including East Jerusalem” al-Quds.

In May, the Israeli Foreign Ministry appealed to the US to nullify Resolution 2334.

Tags: Palestinian Israel
Short Link rasanews.ir/201oho
Share
0
Please type in your comments in English.
The comments that contain insults or libel to individuals, ethnicities, or contradictions with the laws of the country and religious teachings will not be disclosed