Rasa - The European Union has urged the Israeli regime to stop plans for the construction of new settler units in the occupied West Bank, warning that such moves undermine peace efforts. 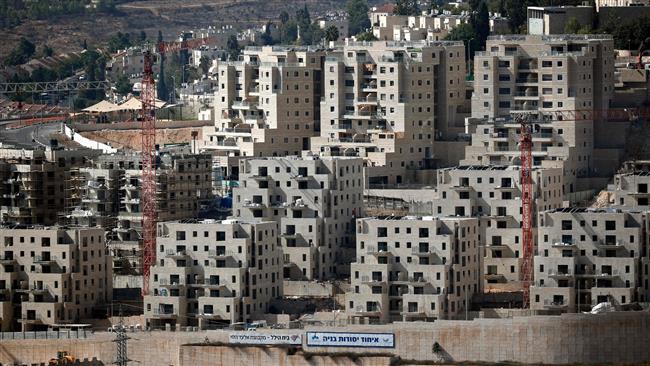 RNA - "The European Union has requested clarifications from Israeli authorities and conveyed the expectation that they reconsider these decisions, which are detrimental to ongoing efforts towards meaningful peace talks," the European Union's foreign service said in a statement on Wednesday.

"All settlement activity is illegal under international law, and it undermines the viability of the two-state solution and the prospect for a lasting peace," the statement added, referring to the so-called two-state solution to the Israeli-Palestinian conflict.

The last round of talks between Israelis and Palestinians collapsed in 2014. Tel Aviv’s illegal settlement activities and its refusal to release senior Palestinian prisoners were among major reasons behind the failure of the negotiations.

Much of the international community regards the Israeli settlements as illegal because the territories were captured by Israel in a war in 1967 and are hence subject to the Geneva Conventions, which forbid construction on occupied lands.

The EU statement comes as a settlement watchdog NGO said Israeli authorities on Tuesday approved plans for the construction of 1,292 settler homes in the occupied West Bank.

Peace Now reported on Wednesday that Tel Aviv further gave a green light to plans for the construction of 1,323 more settler units in the West Bank, bringing the total for the week to 2,646.

The presence and continued expansion of the settlements has created a major obstacle for efforts to establish peace in the Middle East. Palestinians want the occupied West Bank as part of their future independent state, with East Jerusalem al-Quds as its capital.

More than half a million Israelis live in over 230 illegal settlements built since the 1967 Israeli occupation of the Palestinian territories of the West Bank and East al-Quds.

Tags: Israel EU
Short Link rasanews.ir/201ohe
Share
0
Please type in your comments in English.
The comments that contain insults or libel to individuals, ethnicities, or contradictions with the laws of the country and religious teachings will not be disclosed