Rasa - The United Arab Emirates, part of a Saudi Arabian-led coalition waging war on Yemen since 2015, is reportedly trying to establish control over oil resources in a west-central Yemeni province. 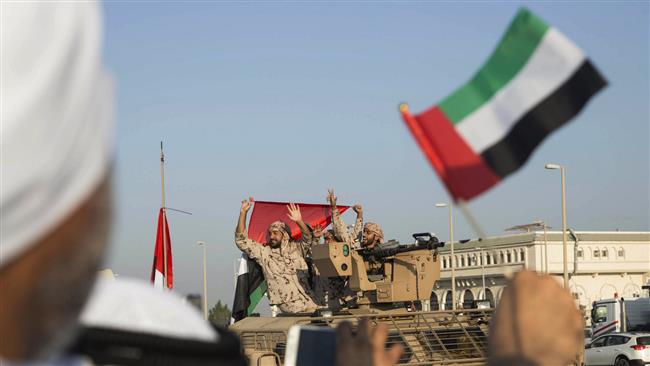 RNA - Pan-Arab paper Al-Quds Al-Arabi reported on Wednesday that the UAE was trying to set up a military base housing its elite forces in Yemen’s Ma’rib Province in an attempt to exert control over the oil resources there.

Citing a Yemeni source, the daily said that Abu Dhabi had started putting pressure on Ma’rib’s “Governor” Sultan al-Aradah to allow the establishment of the base.

It reported that the Emirates had already created “security cordons” in Shabwah and the sprawling Hadhramaut Province, in Ma’rib’s neighborhood. A potential outpost in Ma’rib would enable Abu Dhabi to wrest control of the areas in the country that are not under the control of Yemen’s popular Houthi Ansarullah movement, the daily said.

Shabwah’s “deputy governor” Mohammed Ahmed Abou Harba said in August that the United States and UAE operations purportedly targeting “terrorist” groups in the province were indeed meant to gain control over oil and gas fields there.

The Houthis have been defending Yemen against the Saudi-led invasion, which has been seeking to reinstate the country’s former Riyadh-friendly government.

Back in May, the UAE said it had deployed military recruits to strategic Socotra Island, which is a subdivision of Aden Province, “for training purposes.”

Any party that takes full control of Aden or the nearby Bab el-Mandeb Strait could start using one or both to change the regional economic patterns. This, observers say, could be carried out by exercising authority over the waters off Yemen’s coast. The Emirates could boost its economic hub of Dubai, and Saudi Arabia could improve its port city of Jeddah, each to the disadvantage of the other.

Tags: UAE Yemen
Short Link rasanews.ir/201oha
Share
0
Please type in your comments in English.
The comments that contain insults or libel to individuals, ethnicities, or contradictions with the laws of the country and religious teachings will not be disclosed