Rasa - More than 80,000 instances of hate crime have been recorded in the UK over the past year, according to new government data. 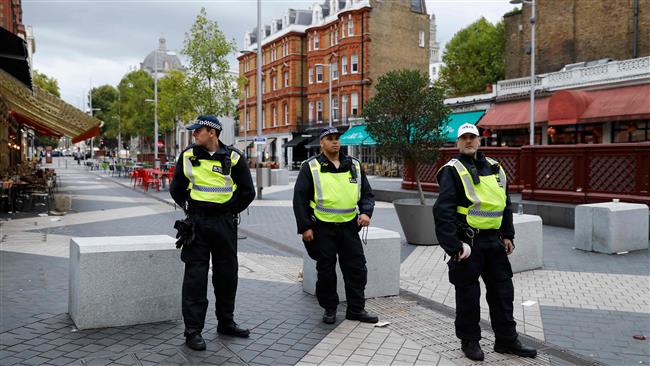 RNA - The number stood at around 62,500 the year before, the UK Home Office said Tuesday, warning of a 29-percent increase year-on-year.

Topping the list of the hate crimes with a whopping 78 percent were offenses motivated by racial bias, followed by sexual orientation (11 percent), religion (7 percent), disability (7 percent) and transgender identity (2 percent).

The Home Office explained that since many cases had more than one motivating factor, the sum went beyond 100 percent.

Crimes against the person, including assaults and threats, and public order offenses were the most common types of attacks recorded.

The department said there was a "genuine rise in hate crime around the time of the (European Union) EU referendum" in June last year, where 52 percent of Britons opted to end their country’s membership in the bloc.

The statement also blamed the increase on the Westminster Bridge terror attack that killed five people in March.

The dramatic rise in hate crimes comes despite a fall in the number of prosecutions.

According to the Crown Prosecution Service (CPS) charity, a total of 14,480 hate-crime prosecutions were completed across England and Wales in 2016-17, down by almost 1,000 from the previous year.

“We know hate crime is underreported and that is why we ran our recent #hatecrimematters campaign aimed at raising awareness of what hate crime is and what people can do about it,” said Alison Saunders, the Director of Public Prosecutions.

Its report came at the start of National Hate Crime Awareness Week, which will see the conferences and events across the country bringing together police, local authorities and community groups to tackle issue.

According to the data, crimes against people with disabilities accounted for a record of more than 1,000 prosecutions.

Stephen Brookes MBE, an ambassador for Disability Rights UK and coordinator of the Disability Hate Crime Network, said the judiciary refuses to accept hate crimes against people with disabilities existed.

Tags: UK Hate Crime
Short Link rasanews.ir/201ohA
Share
0
Please type in your comments in English.
The comments that contain insults or libel to individuals, ethnicities, or contradictions with the laws of the country and religious teachings will not be disclosed