Trump has no moral qualms about arms sales to Saudis

Rasa - US President Donald Trump will keep selling weapons to Saudi Arabia, which is committing war crimes in Yemen, because he is a businessman who does not have moral qualms about such issues, an analyst in New York says. 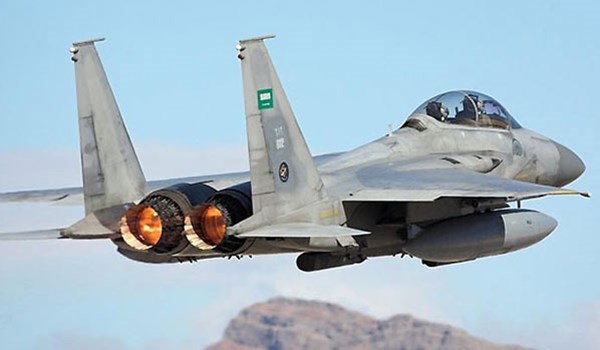 RNA - Ian Williams, a senior analyst with Foreign Policy in Focus, made the remarks in an interview on Monday while commenting on a report which shows Trump, who repeatedly condemned Saudi policies during the 2016 election campaign, has allowed more than a billion dollars worth of arms to be delivered to the Saudi kingdom.

According to a new analysis of US Census Bureau export data conducted by The Daily Beast, the United States has delivered $1.56 billion worth of weapons to Saudi Arabia since Trump’s inauguration in January.

“Saudi Arabia has ready cash, and he is businessman. And he will do anything that to make money,” Williams said.

“I’m yet to hear any moral qualms about anything where money is concerned,” he added.

“The Saudi war on Yemen is just a convenient stick with who [Trump] beats the previous administration with. Saudis are easy whipping boys for Americans because they are rich, they’re Muslims. They’re ostentatious in their wealth,” he opined.

Human rights groups and arms monitoring experts have voiced concerns over Washington's supply of weapons to Saudi Arabia, which has been incessantly pounding Yemen since March 2015. The Saudi military aggression has claimed the lives of more than 12,000 people, most of them civilians.

Since 2011, the Saudi regime has also been sponsoring militants fighting against the Syrian government, which has left hundreds of thousands of people dead and millions more displaced.

London and Washington have been providing logistic and intelligence support to Saudi Arabia, while equipping the kingdom’s military forces with a wide array of weapons including illegal munitions like cluster bombs.

Tags: US Trump Saudi
Short Link rasanews.ir/201oh9
Share
0
Please type in your comments in English.
The comments that contain insults or libel to individuals, ethnicities, or contradictions with the laws of the country and religious teachings will not be disclosed