Rasa - US Democratic Senator Ro Khanna said the US government’s support for Saudi Arabia in its brutal war against Yemen is “unconstitutional”. 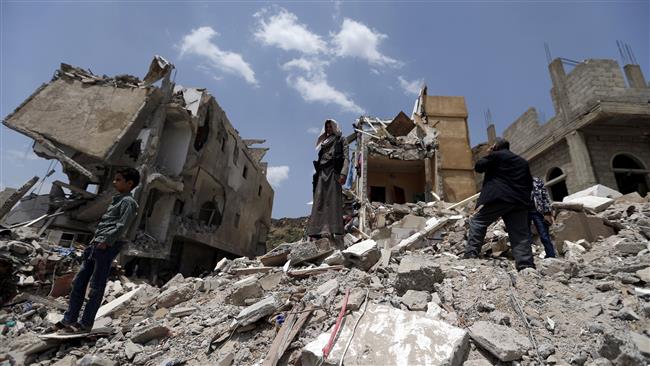 RNA - Speaking to Democracy Now! in an interview published on Monday, the California Democrat, who is working on a legislation to end the US military’s involvement in the deadly aggression, said Washington’s military support for Saudi Arabia in forms of mid-air refueling flights and targeting intelligence had never been approved by lawmakers, presstv reported.

“Unfortunately, we have been aiding Saudi Arabia. We have been fueling the Saudi, refueling Saudi planes. We’ve been assisting Saudi Arabia with targeting. And none of this has been approved by the United States Congress,” said Khanna.

“The question is: Do human rights matter? Are we going to stand up for basic human rights and basic values? And in the past, the United States has, in this area, taken a view that ‘Let’s just balance Iran, and it doesn’t matter what Saudi Arabia is doing. If they’re opposed to Iran, we should be for them.’ But this has led to, of course, a humanitarian crisis in Yemen,” the lawmaker continued.

Earlier this month, Khanna and three other senators introduced a resolution under the War Powers Act, which gives Congress 15 days to vote on Washington’s involvement in the devastating war which has killed over 15,000 Yemeni civilians since it began in March 2015.

Approved in 1973, the War Powers Act is intended to check the president's power to commit America to armed conflicts without congressional consent.

While the US military started helping the Saudi-led conflict under command of then President Barack Obama, the cooperation grew dramatically larger under his successor, Donald Trump, who secured major arms deals with the oil-rich kingdom during a trip in May.

According to US Air Forces Central Command (AFCENT), American flying tankers, such as KC-135 Stratotankers and KC-10 Extenders, have participated in 2,363 sorties over the Horn of Africa region since April 2015, offloading some 80 million pounds (40,000 tons) of fuel in the process.

The US military has provided the refueling services to some 10,400 aircraft in that region, according to data provided cited by Military.com on October 9.

Khanna said in his interview that ordinary Americans “would be appalled” if they knew “what we were doing.”

“And so, what this resolution is doing is actually bringing this for a debate. That’s why the War Powers Act said it has to be Congress that makes these decisions, because Congress is more accountable to people,” he added.

Tags: US Yemen Saudi
Short Link rasanews.ir/201oh1
Share
0
Please type in your comments in English.
The comments that contain insults or libel to individuals, ethnicities, or contradictions with the laws of the country and religious teachings will not be disclosed