Rasa - Bahraini authorities have prevented a human rights activist from traveling abroad in the latest restrictions imposed by the ruling Al Khalifah regime on pro-democracy campaigners and political dissidents in the tiny Persian Gulf kingdom. 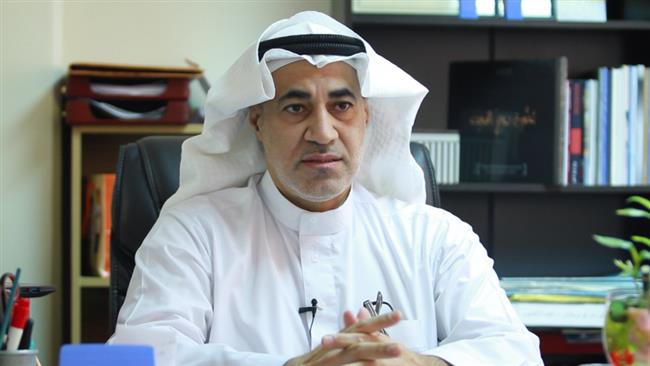 RNA - Zainab al-Khamees, a member of the Bahrain Human Rights Society, was stopped at Bahrain International Airport on Monday. The authorities did not provide any reason for the restrictive measure, Arabic-language Lualua television network reported.

This is the fourth time that Bahraini officials have not allowed Khamees to leave the country.

On September 6, the human rights advocate was interrogated at the General Prosecution in Manama.

She was denied the right to have her attorney present during the session and accused of attending an anti-regime protest. Khamees and her attorney were also denied a case number for legal reference.

On November 9, 2016, the deputy secretary general of the European-Bahraini Organization for Human Rights, Fatima al-Halwaji, was barred from leaving Bahrain.

Officials informed her that she could not travel abroad based on an order issued by the Public Prosecutor’s Office, Lualua reported.

The order read that Halwaji had been slapped with a travel ban on charges of “spreading false news through social media networks.”

On August 22 last year, Enas Oun, who is the head of the Monitoring and Documentation Department at the Bahrain Center for Human Rights (BCHR), was also prevented from travelling to a human rights workshop in Tunisia.

The Bahrain Observatory for Human Rights (BOHR) reported on July 8 that lawyer Mohammad al-Tajer, President of the Bahraini Transparency Association Sharaf Al-Moussawi, and Khamees were barred from leaving Bahrain despite the fact that no official travel ban had been issued against them.

Manama has gone to great lengths to clamp down on any trace of dissent. On March 14, 2011, troops from Saudi Arabia and the United Arab Emirates were deployed to assist Bahrain in its crackdown.

Tags: Al Khalifah Human rights bahrain
Short Link rasanews.ir/201ogr
Share
0
Please type in your comments in English.
The comments that contain insults or libel to individuals, ethnicities, or contradictions with the laws of the country and religious teachings will not be disclosed