US drone kills five civilians in Pakistan near Afghan border

Rasa - At least five people have lost their lives after a US drone attack on a compound in Pakistan's northwestern tribal region, intelligence officials say. 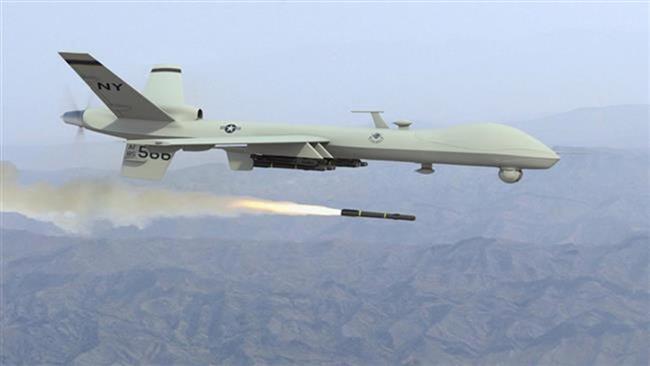 RNA - The fatalities occurred on Monday evening, when the strike targeted a home in Kurram tribal district, close to the Afghan border.

A militant commander of the Taliban-affiliated Haqqani network, Sangeen Wali, was reportedly killed in the drone attack.

Local sources confirmed the death toll and said five bodies had been recovered from the rubble.

It is the second such strike since US President Donald Trump in August accused Pakistan of providing "safe havens" for militants, a claim Islamabad denies.

In March, the previous US strike killed two men riding a motorbike in northwestern Kurram Agency, one of tribal districts stretching along the border with Afghanistan.

The use of drones has proven extremely controversial with the Pakistani public and rights groups over human rights and sovereignty concerns.

In 2013, UK-based rights group Amnesty International said the US could be guilty of war crimes by carrying out extrajudicial killings.

The aerial attacks, initiated by former US President George W. Bush in 2004, were escalated during Barack Obama’s terms in office.

The US carries out drone strikes in Pakistan, Afghanistan, Yemen, Somalia, Libya and elsewhere.

The US claims the airstrikes target members of terrorist groups, but according to local officials and witnesses, civilians have been the victims of the attacks in many cases.

Tags: US Afghan Pakistan
Short Link rasanews.ir/201ogo
Share
0
Please type in your comments in English.
The comments that contain insults or libel to individuals, ethnicities, or contradictions with the laws of the country and religious teachings will not be disclosed