Rasa - Lebanese President Michel Aoun has called for a gradual return of Syrian refugees to their country, saying Lebanon can no longer cope with the burden. 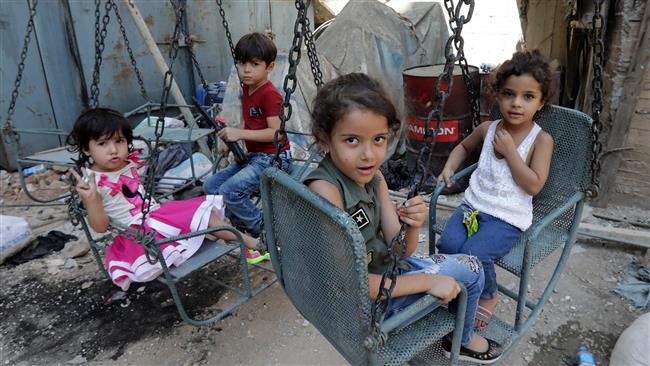 Aoun, who was addressing a group of international envoys in the Lebanese capital Beirut, called on global powers to help start the process of return for the Syrian refugees.

Many in Lebanon, a country of around six million people to the west of Syria, are demanding that the government facilitate the return of Syrians who have arrived in the country since a foreign-backed war started in Syria in 2011, arguing the Syrian government has managed to purge many areas of terrorists and refugees can now safely return to their homes.

Aoun said many areas in Syria have clearly become calmer and more stable in light of Syrian government advances against militants, adding, however, that the return of refugees must be carried out without any political consideration in mind.

“The return of displaced to stable and low-tension areas must be carried out without attaching it to reaching a political solution,” he said.

Lebanese authorities have called on the international community to step up financial support for Beirut over the refugees. Beirut says international donations have failed to meet the demands of the large population of Syrians living in camps and other facilities in Lebanon.

In his Monday speech, Aoun said facilitating the return of Syrians to their country would also benefit the international community, warning that otherwise existing political, economic and social problems in Lebanon would get out of hand.

In addition to the burden of refugees, Lebanon has also been suffering from the spillover of violence to its border regions.

In operations in August, Lebanon’s Hezbollah resistance movement, which has been assisting Syrian government in the war on terror, helped the clearance of border areas of terrorists of Daesh and other Takfiri groups.

Tags: Syria Lebanon
Short Link rasanews.ir/201ogn
Share
0
Please type in your comments in English.
The comments that contain insults or libel to individuals, ethnicities, or contradictions with the laws of the country and religious teachings will not be disclosed