Rasa - A British university drew criticism for its decision to allow a Balfour Declaration 'celebration' organized by a pro-Israel group. 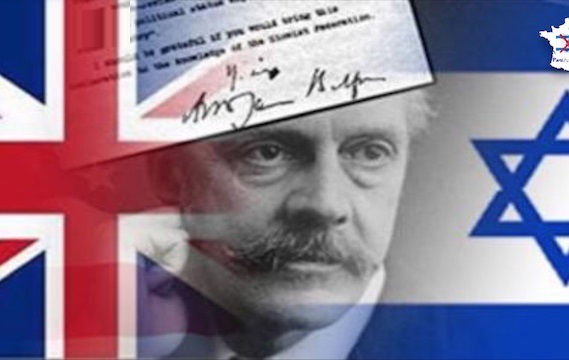 RNA - The Manchester Balfour 100 event will be held at the University of Manchester's main campus later in October and is part of a broader series of events to mark the anniversary of the declaration made by then British Foreign Secretary Arthur James Balfour on November 2, 1917, Al Jazeera reported.

For supporters of the Zionist cause, the declaration marks the first major milestone leading to the creation of Israel in 1948.

However, for Palestinians, the declaration would lead to the eventual loss of their land, subsequent displacement, and later occupation.

The university's decision has been slammed by both academics and students.

"Having the celebration of the Balfour declaration on campus is totally disrespectful to students of Palestinian origin," said Ayham Madi, a Palestinian studying at the university, adding: "Many

people lost their homes, land, and their lives."

The Cyber Secuirty student said a hundred years later, Palestinians continued to feel the impact of the declaration and that he felt "great pain" that the university has allowed the event to take place.

"My grandfather owned land in Palestine and it was taken away from him with no right to do so, my father was born in a refugee camp and spent most of his life in one," he said, continuing:

"I lost an aunt due to the bad conditions inside a refugee camp and I have another aunt who lives under occupation and I have never seen her in my life.

"All this is as a result of the Balfour declaration."

In a letter to leading English Zionist, Lord Walter Rothschild, Balfour promised British help in creating a "national home" for the Jewish people in Palestine.

The letter conditioned British assistance so that there be no "prejudice" against the rights of existing non-Jewish populations living in the area.

After the defeat of the Ottoman Empire during the First World War, the UK became the dominant power in the region and established Mandate rule in Palestine.

University of Manchester academic Nick Thoburn said he was "dismayed" that the institution had allowed the event to take place on its campus, which he said commemorated the moment Britain, "with its imperial chauvinism and entitlement, knowingly gave the green light to the ethnic cleansing of Palestine."

"Lord Balfour declared, chillingly, that Zionism was 'of far profounder import than the desire and prejudices of the 700,000 Arabs who now inhabit that ancient land," he said.

"That this could be a cause for celebration, hosted in whatever way by a British University, when the consequences then and now have been so devastating...is indicative of the contempt that Israel and its advocates hold both for Palestinians in the region and in exile," he added.

Al Jazeera contacted the university to confirm whether the event was taking place at one of its venues.

A university spokesperson said :"The University allows some of its premises to be hired by third parties for external events, provided that the events in question comply with the University’s Code of Practice on Freedom of Speech," adding: "This Balfour 100 event is one such commercial booking and it has no connection to, nor is it endorsed by, the University."

The university's spokesperson did not mention whether it had taken into consideration the concerns of Palestinian students.

Over the past year tensions between pro-Palestinian activists and university administrators have become strained over allegations of censorship of Palestinian events.

Many colleagues are concerned that there is a double standard at play...the university seemingly allowing this centennial celebration of ethnic cleansing without complaint, while having imposed numerous constraints on a recent student-organized event during Israel Apartheid Week.

Events marking Israeli Apartheid Week (IAW) were only allowed to go ahead after several meeting and were subject to a strict set of conditions, which included a university veto over speakers.

The university also withheld approval for two talks organized by Palestinian activists in October 2016 and February 2017 but blamed administrative issues for the events not going ahead.

In February 2017, a Freedom of Information request revealed that the Israeli ambassador to the UK met with University of Manchester officials to discuss alleged anti-Semitism on campus.

The university agreed to prohibit the title of a talk by a holocaust survivor based on that meeting.

"Many colleagues are concerned that there is a double standard at play," said Thoburn, a senior lecturer in Sociology.

"The university seemingly allowing this centennial celebration of ethnic cleansing without complaint, while having imposed numerous constraints on a recent student-organized event during Israel Apartheid Week."

Huda Ammori, a Palestinian student, who worked on the IAW events said the university was frequently putting obstacles in the way of Palestinian activists.

"The university's senior management team is happy to meet with the Israeli embassy to discuss events run by a student campaign, but they won't respond to a student request for meetings with Palestinian students," Ammori said, adding the university was now allowing a "celebration of Palestinian suffering".

Ammori along with other activists is planning to protest outside the event when it takes place later this month.

Palestinian groups have ramped up pressure on the UK to apologize for the Balfour Declaration in the run up to the centenary next month.

The British government, has said the declaration was a "historic statement" and one it would not be apologizing for.

Tags: Balfour Declaration UK ZIonism
Short Link rasanews.ir/201ogY
Share
0
Please type in your comments in English.
The comments that contain insults or libel to individuals, ethnicities, or contradictions with the laws of the country and religious teachings will not be disclosed