Rasa - An independent humanitarian organization says hundreds of thousands of people are still displaced from Iraq’s strategic northern city of Mosul, which served as Daesh terror group’s last urban bastion and its de facto capital in the Arab country, months after government forces and their allied fighters liberated it from the clutches of the extremists. 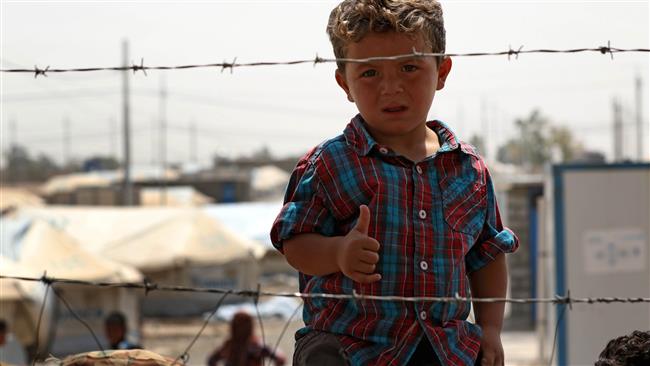 RNA - “One year since the start of the battle to retake Mosul from Daesh, some 673,000 Iraqis from the city and its surroundings remain displaced and unable to go back to their destroyed neighborhoods,” the Norwegian Refugee Council (NRC) said on Sunday.

“More than half of them may have lost their official civil documents -- from birth certificates to property deeds -- which will make rebuilding their lives even harder,” the humanitarian group pointed out.

In the run-up to Mosul's liberation, Iraqi army soldiers and volunteer fighters from the Popular Mobilization Units, commonly known by the Arabic name Hashd al-Sha’abi, had made sweeping gains against Daesh since launching the operation on October 17, 2016.

The Iraqi forces took control of eastern Mosul in January after 100 days of fighting, and launched the battle in the west on February 19.

“The battle of Mosul is over; but for hundreds of thousands who fled the city, their suffering and despair continues,” the NRC's Iraq country director Heidi Diedrich said.

She added, “People we work with are still missing some of the most basic necessities and have no idea if they will ever be able to go back to their homes.”

Diedrich also called on the international community “to stand in solidarity” with the displaced Iraqis, and urged the Baghdad government to ensure the internally displaced persons’ rights “are at the forefront” of reconstruction efforts.

Tags: DAESH Iraq
Short Link rasanews.ir/201ogM
Share
0
Please type in your comments in English.
The comments that contain insults or libel to individuals, ethnicities, or contradictions with the laws of the country and religious teachings will not be disclosed