Trump Taking US Back to Age of Savagery

Rasa - Senior Advisor to the Iranian Parliament Speaker Hossein Amir Abdollahian slammed US President Donald Trump for using a forged named instead of the Persian Gulf during his recent speech. 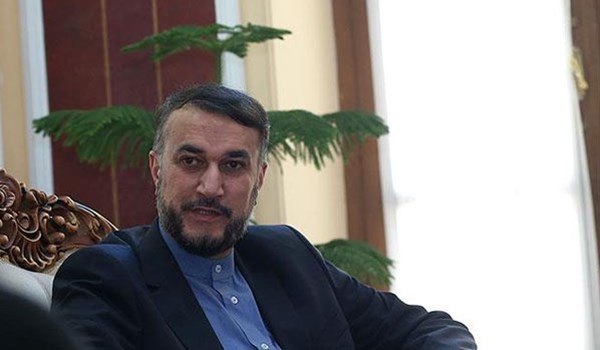 RNA - "While visiting Hermitage Museum of Russia today a tsarian map with Persian Gulf designation got my notice,” Amir Abdollahian wrote on his Twitter account on Saturday.

“Mr. Trump! Don’t turn the US back into age of savagery,” Ami Abdollahian added.

The senior advisor reiterated that the IRGC is the beeping heart of Iran.

His remarks came after Trump delivered a speech on Friday, outlining Washington's strategy on Iran.

The US president refused to certify the 2015 international nuclear agreement between Iran and the five permanent members of the UN Security Council and Germany, and warned that he might ultimately terminate it, in defiance of other world powers and undermining a landmark victory of multilateral diplomacy.

Trump said he would choose not to certify that Tehran is complying with the nuclear deal, known as the Joint Comprehensive Plan of Action (JCPOA).

While Trump did not pull Washington out of the nuclear deal, he gave the US Congress 60 days to decide whether to reimpose economic sanctions against Tehran that were lifted under the pact.

After Trump's remarks, European Union Foreign Policy Chief Federica Mogherini underlined that the US president is not in a position to decertify Iran’s nuclear deal with the six world powers (the US, Russia, China, France, Britain and Germany).

Mogherini stressed that the 2015 accord does not belong to any single country, and said, "To my knowledge there is no single country in the world that can terminate a UN Security Council's resolution that has been adopted, and adopted unanimously, and implemented, and verified," she said.

The EU foreign policy chief said that it is clearly not in the hands of any president of any country in the world to terminate an agreement of this sort, adding, "The president of the United States has many powers (but) not this one."

She underlined the EU’s determination to abide by the JCPOA, noting that the bloc expects the other parties to the deal to adopt the same stance.

"We cannot afford as an international community, as Europe for sure, to dismantle an agreement that is working and delivering," Mogherini said.

Tags: Hossein Amir Abdollahian US Iran Trump
Short Link rasanews.ir/201og8
Share
0
Please type in your comments in English.
The comments that contain insults or libel to individuals, ethnicities, or contradictions with the laws of the country and religious teachings will not be disclosed