Iraq tells Peshmerga to pull out from Kirkuk

Rasa - A senior Iraqi Kurdish official says the Baghdad government has set a deadline for Kurdish forces to withdraw from positions in the oil-rich northern Kirkuk Province, which have been under their control over their past three years. 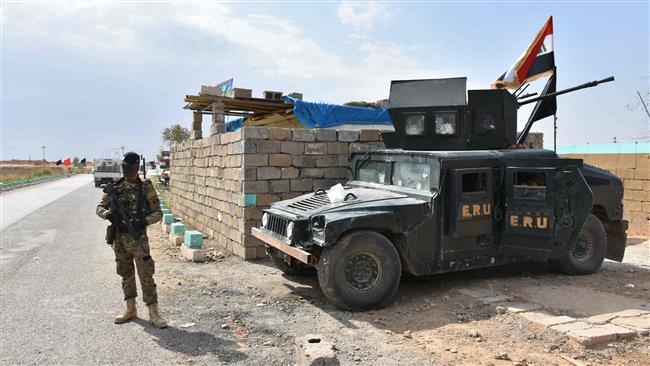 RNA - “The deadline set for the Peshmerga to return to their pre-June 6, 2014 positions will expire during the night,” the official, who was speaking on condition of anonymity, told AFP on Saturday.

He said the deadline had been set at 2300 GMT Saturday.

This is while a Peshmerga commander in Kirkuk said separately that no warning had been issued to the Kurdish forces.

Kurdish Peshmerga forces moved into Kirkuk in 2014, when the Daesh Takfiri terrorist group launched an offensive across Iraq.

The fresh ultimatum comes amid simmering tensions between the central government in Baghdad and the Kurdistan Regional Government (KRG) over a recent controversial referendum on the secession of the semi-autonomous Iraqi Kurdish region.

The plebiscite took place on September 25, sparking strong objection from Baghdad. Iraq’s neighbors and the international community also voiced concerns about the repercussions of the vote, which was only supported by Israel.

Kirkuk, with some 10 percent of Iraq’s oil reserves, has long been contested by Baghdad and Erbil.

On Friday, Iraqi troops wrested control of formerly Kurdish-held positions in the south of Kirkuk Province, including the town of Taza Khurmatu.

The gains came as Iraqi President Fuad Masum was holding urgent talks with Kurdish leaders in the city of Sulaimaniyah, but no statements had been emerged from his meetings.

Tags: Kurd Iraq Peshmerga
Short Link rasanews.ir/201ofq
Share
0
Please type in your comments in English.
The comments that contain insults or libel to individuals, ethnicities, or contradictions with the laws of the country and religious teachings will not be disclosed