US aims to boost Daesh by blacklisting IRGC

Rasa - The United States’ plan to blacklist the Islamic Revolution Guards Corps (IRGC) is a plot to allow terrorist organizations such as Daesh to wreak havoc in the Middle East, says a political expert. 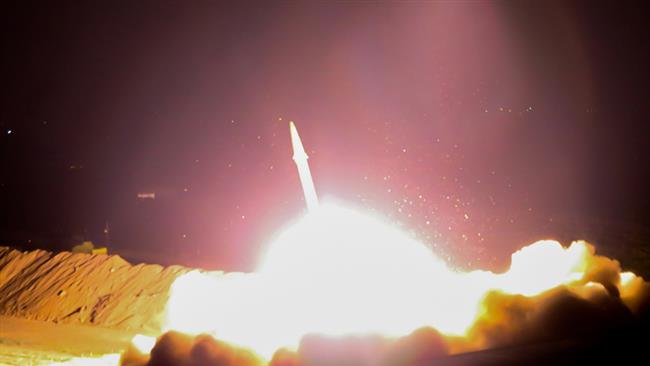 RNA - Iran has created a very effective front in the fight against terrorism and “any move by Washington or others to undermine Iran especially the IRGC and its allies in Syria and Iraq means helping the terrorists in the region and the world,” Mostafa Khoshcheshm told on Thursday.

Both under the Obama administration and currently under Trump, the United States has failed to harm Daesh in any significant way but Syria's allies like Iran have succeeded to defeat the terrorist group on several fronts, the political analyst noted.

On Thursday, Iran’s defense chief slammed US President Donald Trump’s threat to blacklist the IRGC, saying such a move against the elite counterterrorism force would only promote terror and instability in the region and the entire world.

Tags: US DAESH IRGC
Short Link rasanews.ir/201of8
Share
0
Please type in your comments in English.
The comments that contain insults or libel to individuals, ethnicities, or contradictions with the laws of the country and religious teachings will not be disclosed