Rasa - The head of Lebanese Aamal movement said: "Today, many TV channels are seeking to divide religious sects and promote Wahhabism, so we need to establish a unifying TV channel." 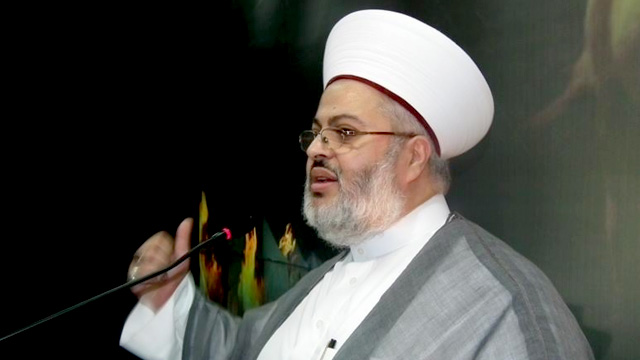 RNA - Sheikh Zuhair Ja'eed, coordinator of the Lebanese Amal movement, in the first "International Conference on Implementation of Islamic Unity Diplomacy", pointed out that unity is not limited to scholars only.

“Unity should be a matter of concern for all sects of the Islamic Ummah. That’s the only case scenario where the real role of the World Forum for Proximity of Islamic Schools and Thoughts will become more clear.”

He added: Today, the activities of the World Forum for Proximity of Islamic Schools and Thoughts go beyond the status quo and, thankfully, we are witnessing activities in the field of women and sports as well.

The Sunni cleric emphasized that today, what we witness throughout the world is not only the struggle between religions, but also a universal case against Islam. However, Islamic resistance has withstood these obstacles.

Sheikh Jade reminded: Today we have to listen to the advice of Ayatollah Khamenei, the Supreme Leader of the Islamic Revolution, and we need to strive for unity and honesty so that we can win.

“Today, many TV channels are seeking to create divisions between religions and promote Wahhabism. So, we need to establish a unifying TV station.”

"Iran is not just for Shiites, but it’s an Islamic country for all Muslims," ​​said the Lebanese Sunni scholar adding, “The Islamic world should have the belief that Shi'a and Sunni scholars can take joint steps together because the path to the ultimate victory passes through unity.”

Prominent religious figures, ministers and scholars from some 70 countries are participating in the conference, organized by the World Forum for Proximity of Islamic Schools of Thought, in Tehran. The meeting will focus mainly on the existing crises in the Muslim world.

Tags: Unity Sunni
Short Link rasanews.ir/201oev
Share
0
Please type in your comments in English.
The comments that contain insults or libel to individuals, ethnicities, or contradictions with the laws of the country and religious teachings will not be disclosed