US provides logistic support to Daesh in Iraq, Syria

Rasa - A commander of Iran’s Islamic Revolution Guards Corps (IRGC) says the United States has airdropped weapons and food supplies to Daesh in Iraq and Syria as the Takfiri terrorist group was facing defeat. 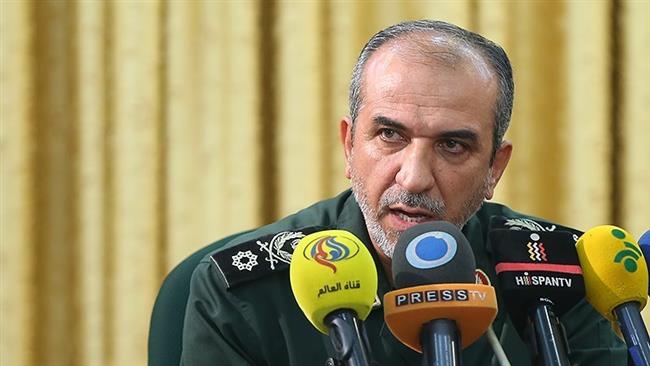 RNA - The second-in-command of the IRGC's Ground Force, Brigadier General Abdullah Araqi, said on Wednesday that the US had provided logistic support to Daesh in the Syrian province of Dayr al-Zawr and the Iraqi provinces of Diyala, Nineveh and Salahuddin.

“The Americans have been in Syria and Iraq under the pretext of opposing and fighting Daesh, but the reality contravenes the US claim,” the Iranian commander said.

He added that the US, as the patron of Daesh, never hesitated to rush to help the terrorists in Iraq and Syria whenever they faced challenges.

“The Americans do whatever they have in their power to support Daesh, because they know very well that the Islamic Republic of Iran and the resistance front are the enemies of Daesh,” he concluded.

On Sunday, Sayyed Hassan Nasrallah, the secretary general of the Lebanese Hezbollah resistance movement, lashed out at the US for providing Daesh with assistance through its bases in Syria.

The Hezbollah leader said the US was helping Daesh through its bases in the Syrian city of Raqqah and near Syria’s border with Jordan where Daesh terrorists are trained.

Nasrallah noted that the United States prevented the total annihilation of Daesh by blocking the advance of the Syrian army and resistance groups toward the terrorist group's positions.

"It is only the United States, which does not let Daesh be totally annihilated," Nasrallah said in his speech, adding, "US Air Force does not allow the Syrian army and resistance groups to advance toward positions occupied by Daesh."

Tags: US DAESH IRGC
Short Link rasanews.ir/201oen
Share
0
Please type in your comments in English.
The comments that contain insults or libel to individuals, ethnicities, or contradictions with the laws of the country and religious teachings will not be disclosed