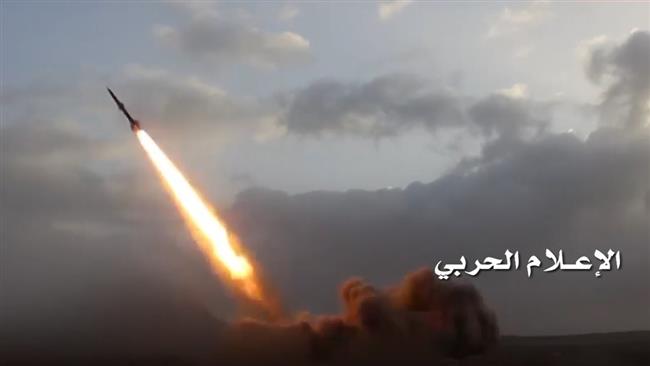 He said the missile strike came following precise reconnaissance and killed a large number of Saudi troops as well as mercenaries and injured dozens more.

He further warned that the Yemeni forces were in full readiness and would surprise Saudi troops in the near future with their missiles strikes.

Separately on Tuesday, a Yemeni sniper shot dead a Saudi soldier at a military base in Saudi Arabia’s southwestern Asir region.

The Saudi-led war, which began in March 2015, has been accompanied by a naval and aerial blockade on Yemen. It has so far killed over 12,000 people and led to a humanitarian crisis and a cholera outbreak.

Saudi Arabia launched the offensive to eliminate Yemen’s Houthi movement and reinstall a Riyadh-friendly regime there.

The Saudi military campaign, however, has failed to achieve its goals despite spending billions of dollars on the war and enlisting the cooperation of its vassal states as well as some Western countries.

Tags: Yemen Saudi
Short Link rasanews.ir/201oeH
Share
0
Please type in your comments in English.
The comments that contain insults or libel to individuals, ethnicities, or contradictions with the laws of the country and religious teachings will not be disclosed