US military dropped 751 bombs in Afghanistan in September

Rasa - The United States military has dropped a total of 751 bombs on Afghanistan in September, the highest monthly number in the past seven years, according to data by the US Air Forces Central Command. 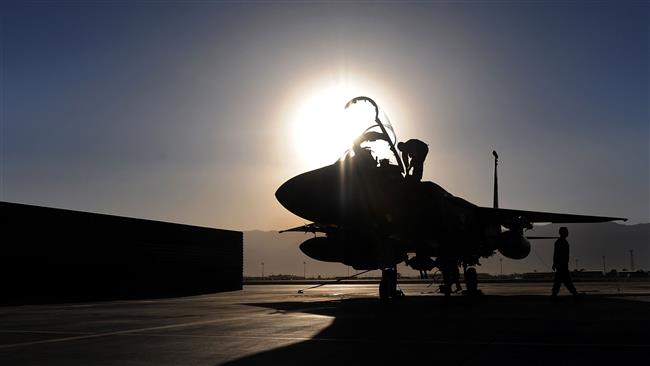 RNA - The figure indicated a 50-percent increase from August (503 bombs), which the command attributed to President Donald Trump’s so-called “strategy to more proactively target extremist groups” in the country.

The US has dropped a total 3,238 bombs in Afghanistan between January and September this year, more than two times the 1,337 dropped the year before.

“This increase can be attributed to the president’s strategy to more proactively target extremist groups that threaten the stability and security of the Afghan people,” the report said.

Overall, the US had conducted a total of 841 sorties were at least one bomb was dropped on targets across Afghanistan, up from the 615 carried out last year.

The data only included airstrikes carried out by aircraft operating under the command of Combined Forces Air Component Commander, an indication that the actual number of the bombs dropped could be higher.

In a clear U-turn from his campaign pledges to end the now 16-year occupation of Afghanistan, Trump said in August that his views had changed since entering the White House and that he would continue the military intervention “as long as we see determination and progress” in the South Asian country.

As a first step, six F-16 Fighting Falcon aircraft were added to Bagram Air Base while more B-52 bombardment missions were dedicated to Afghanistan, the report noted.

The Trump administration is also planning to deploy roughly 3,000 more troops to Afghanistan. The United States already has about 8,400 troops in the country alongside another 5,000 from NATO forces.

The new US ambassador to the military alliance said earlier this month that Washington was going to ask NATO to contribute about 1,000 extra troops to help in the battle.

US Defense Secretary James Mattis told the House Armed Services Committee last week that the Trump administration’s strategy in Afghanistan could be summed up in the acronym “R4+S,” which stands for “regionalize, realign, reinforce, reconcile and sustain.”

He also said that the Pentagon had replaced previous rules of engagement with more aggressive ones, arguing that the old ones “did not allow us to employ the airpower fully.”

Tags: US Afghan
Short Link rasanews.ir/201oeE
Share
0
Please type in your comments in English.
The comments that contain insults or libel to individuals, ethnicities, or contradictions with the laws of the country and religious teachings will not be disclosed