Rasa - Iranian Supreme Leader's top adviser for international affairs Ali Akbar Velayati expressed surprise that Washington which is a staunch supporter of the ISIL is now threatening the Islamic Revolution Guards Corps (IRGC) with designation as a terrorist group. 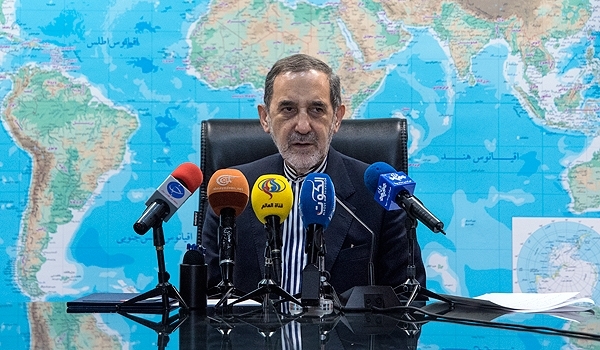 RNA - "The US threat against the IRGC is nothing new and they (the Americans) should know that the IRGC is the pivot of the region. Were there no IRGC, the ISIL would spread but the IRGC is the symbol of resistance while ISIL supporters are threatening the IRGC," Velayati told reporters in Tehran on Tuesday.

He blasted US President Donald Trump for his illogical measures, and warned that Tehran has also its own options on the table against Washington's hostile decisions and acts.

In relevant remarks on Sunday, Iranian Foreign Minister Mohammad Javad Zarif blasted the US for its hostile policies against the Islamic Revolution Guards Corps, and warned of Tehran's tough response if Washington labels the IRGC as a terrorist group.

"It will certainly be a very harsh reaction," Zarif said in response to a question asked by reporters in Tehran on how Iran would react if the US president designates the IRGC as a terrorist group in his new strategy.

He declined to elaborate on the details of Iran's response, and said, "God willing, you will come to see (Iran's reaction)."

His remarks came few hours after IRGC top Commander Major General Mohammad Ali Jafari said imposition of new sanctions by Washington against Iran means a US withdrawal from the nuclear deal, and warned that the US should leave the region and stay 2,000km away from Iran if the Countering America's Adversaries Through Sanctions Act (CAATSA) comes into effect.

"The Islamic Republic (of Iran) sees implementation of the Countering America's Adversaries Through Sanctions Act (CAATSA) as the US unilateral withdrawal from the nuclear deal and as we have declared in the past too, if the US new sanctions act comes into action, the country (the US) should transfer its regional bases to 2,000km away, that is as far as the range of Iranian missiles," General Jafari said on Sunday.

Away from CAATSA that puts Iran under presidential executive order 13224 and considers the IRGC as an entity supporting terrorist groups, Gen. Jafari noted reports coming from Washington that the US president's new strategy intends to designate the IRGC itself as a terrorist organization, and issued a tough warning to Donald Trump, saying, "If reports prove to be true that the stupid US administration intends to designate the IRGC as a terrorist organization, then the IRGC will also specify the US army as a group (and target) like ISIL in all parts of the world, specially the Middle-East."

He further noted the US objective behind its growing hostilities towards Iran, saying the US is wrong to think that threatening Iran and imposing new sanctions on the country can force Tehran to sit to the negotiating table on the regional issues.

"The Islamic Republic of Iran intends to solve the regional issues somewhere else other than the negotiating table; (the US should know that) there is (absolutely) nothing and no one to negotiate about or with," the IRGC chief commander stressed.

He said any new US sanctions would ruin the chances for any kind of interaction "forever". "These sanctions accomplish the experience of the nuclear deal for us. An experience that showed that the US makes use of talks as a means of pressure and hostility rather than interaction or problem solving."

"The Americans should know that the Islamic Republic of Iran will use the opportunity provided by the Trump administration's stupid behavior towards the nuclear deal to make a leap in its conventional defense, missile and regional programs," he added.

CAATSA is a United States federal law that imposed sanctions on Iran, North Korea and Russia. The bill was passed during the 115th Congress, 98–2 in the Senate. In the part that pertains to Iran (also known as Countering Iran's Destabilizing Actions Act or CIDAA), the sanctions act focuses on punishments specifically addressed at the IRGC.

On August 2, 2017, President Donald Trump signed it into law while issuing two statements simultaneously that he believed the legislation was significantly flawed.

Tags: IRGC Iran ISIL
Short Link rasanews.ir/201oeB
Share
0
Please type in your comments in English.
The comments that contain insults or libel to individuals, ethnicities, or contradictions with the laws of the country and religious teachings will not be disclosed