Rasa - Deputy Commander of the Iranian Army Brigadier General Ahmad Reza Pourdastan underlined the need for adopting measures to foil enemies' plots to carry out bioterrorism operations against the country. 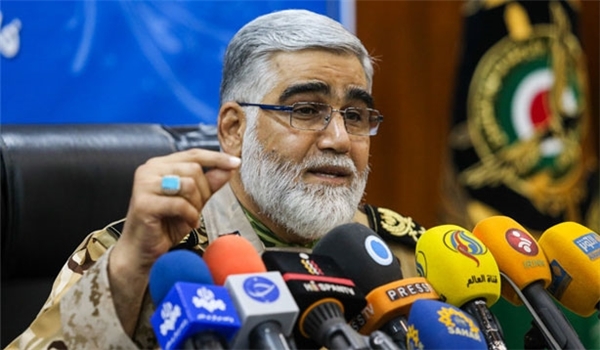 RNA - "The enemies have specially counted on bioterrorism to harm the Iranian officials, scientists and people, and the Armed Forces' health and treatment system should foresee the necessary measures to confront it," General Pourdastan said, addressing a forum in Tehran on Tuesday.

"Today, the enemy is using every means, including hard war, bioterrorism and political capacities, to harm the (Islamic) Revolution," he added.

In relevant remarks in August, General Pourdastan underlined that the country's Armed Forces are always ready to give a crushing response to aggressors, adding that the enemies are not able to surprise them.

"We should always turn threats into opportunities and get ready to fight against the global arrogance," General Pourdastan said.

General Pourdastan also underlined Iran's high defense power, and said, "The (threatening) enemy will be targeted in any territory."

Tags: Bioterrorism Pourdastan Iran
Short Link rasanews.ir/201oe7
Share
0
Please type in your comments in English.
The comments that contain insults or libel to individuals, ethnicities, or contradictions with the laws of the country and religious teachings will not be disclosed