US Reinvigorated Military Deployment Aimed at Disintegration of Syria

Rasa - Iranian Supreme Leader's top adviser for international affairs Ali Akbar Velayati warned that Washington has increased the number of its military forces in the Northern and Northeastern parts of Syria to disintegrate the country, adding that the same policy is also pursued in Iraq. 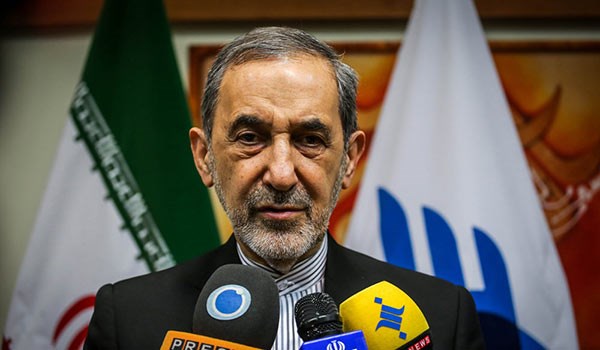 RNA - "The growing presence of the Americans in certain parts of Syria, that is the Northern and Northeastern parts of the country, is aimed at disintegrating Syria. The same goal is also pursued in Iraq and they intend to disintegrate Iraq and their agent in the region is the Zionists," Velayati said in a meeting with Syrian Ambassador to Tehran Adnan Mahmoud on Tuesday.

Explaining that Washington and Tel Aviv are after creating a new Israel in the region, he said that they will not succeed.

"They have hatched plots to disintegrate Syria, Iraq and Lebanon but the resistance pivot stands against them and the Islamic Republic supports the regional countries' territorial integrity" and the resistance front, Velayati stressed.

In relevant remarks earlier this month, Senior Advisor to the Iranian Parliament Speaker Hossein Amir Abdollahian blasted Israel for stirring tension among the regional nations by orchestrating an independence referendum in the Iraqi Kurdistan region.

“Terrorists and Zionists are two sides of the same coin and they plan to split Muslim countries,” Amir Abdollahian said in a meeting with Adnan Mahmoud in Tehran.

He, meantime, pointed to the unfavorable consequences of Kurdish referendum on the stability of Iraq and the security of the region, and said, “They believe the referendum in Iraq’s Kurdistan shouldn’t lead to a change in geographical borders in the region.”

Amir Abdollahian reiterated that any effort to split Iraq is a continuation of ISIL’s actions, and said, “The enemies of the region are only focused on empowering the Zionist regime.”

The Syrian ambassador, for his part, said the people and the government of Syria will never forget the strategic and accurate assessments of Iran’s Supreme Leader Ayatollah Seyed Ali Khamenei in helping Syria and the fight against terrorism as he revealed the schemes of the enemies.

Tags: US Iran Velayati ISIL
Short Link rasanews.ir/201oe5
Share
0
Please type in your comments in English.
The comments that contain insults or libel to individuals, ethnicities, or contradictions with the laws of the country and religious teachings will not be disclosed