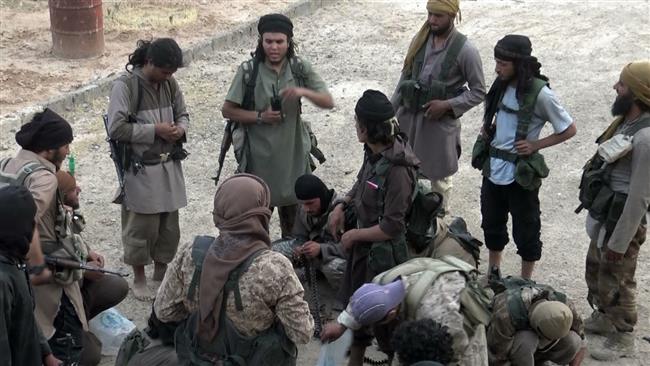 RNA - “We know that the United States delivered 1,421 truckloads of military hardware between June 5 and September 15 this year to terrorists in Syria. The weapons were purportedly intended to be used in the fight against terrorists, but eventually fell into the hands of Daesh and Nusra Front militants,” the chief of the Main Operational Directorate of the Syrian Army, General Ali al-Ali, said in Damascus on Monday.

He added that Takfiri terrorists in Syria were getting weapons bought under the Pentagon's program of assistance to armed anti-Damascus moderates.

“The United States protects Daesh in several regions of Syria by using aircraft, and prevents the Syrian army to end with the terrorists,” Nasrallah said.

The Hezbollah leader said Syrian army soldiers and allied fighters from popular defense groups should mop up the country's territory of the Takfiri terrorists, otherwise the militants would continue their attacks.

Tags: Nusra US DAESH Takfiri Syria
Short Link rasanews.ir/201odt
Share
0
Please type in your comments in English.
The comments that contain insults or libel to individuals, ethnicities, or contradictions with the laws of the country and religious teachings will not be disclosed