Rasa - A senior Iraqi mobilization leader repeated warnings to Kurdish troops against staying in the disputed province of Kirkuk, saying that his forces will fight to maintain the province’s affiliation with Iraq. 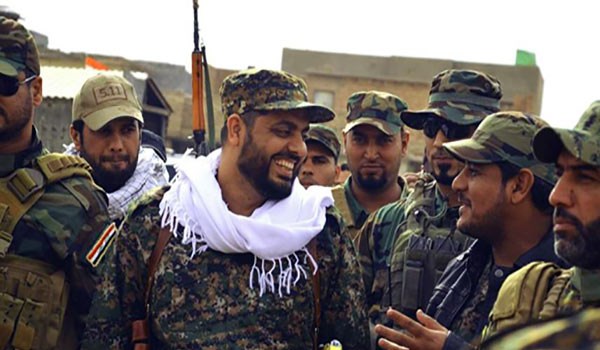 RNA - Secretary general of Asaeb Ahl al-Haq, Qais al-Khazaali, sa component of the Popular Mobilization Forces, said that Kirkuk is an Iraqi city, adding that “we are ready to fight to defend it”, Al Sumariya reported.

Speaking during a tribal gathering in Najaf, said that “ attempts to divide Iraq is an Israeli scheme to distract us,” as he put it.

“Any force that stands in the face of Iraqi forces at disputed areas will be stricken,” according to Kazaali. “So will be the case with Nineveh Plain, Sinjar, Tal Afar and Rabia,” he added, referring to other areas in Nineveh province where Baghdad and Erbil dispute sovereignty. “No one can prevent the Mobilization from entering any Iraqi region, and there shall be a day when it enters Kirkuk and other disputed regions with the army”.

He, however, vowed to avoid any clash with the Kurdish population.

Oil-rich Kirkuk has been a subject of contentions between Baghdad and the Kurdistan Region government. The city has been at the center of an intense political crisis that flared after Kurdistan voted for independence from Iraq in the referendum held on September 25th. Baghdad had objected to running the vote in Kirkuk, and removed ousted its Kurdish governor over his complicity.

Tags: Asaeb Ahl al-Haq Qais al-Khazaali Iraq
Short Link rasanews.ir/201odi
Share
0
Please type in your comments in English.
The comments that contain insults or libel to individuals, ethnicities, or contradictions with the laws of the country and religious teachings will not be disclosed