Rasa - Israeli authorities decided to shut down the Ibrahimi mosque to Muslims and non-Jewish visitors and only allow Jewish worshipers access to the holy site, located in the Southern occupied West Bank city of Hebron, for the Jewish holiday of Sukkot. 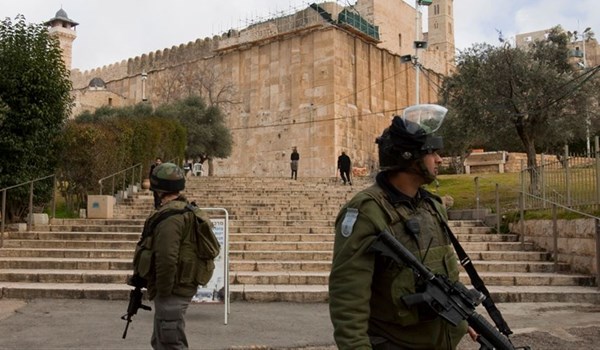 RNA - Hafzi Abu Sneneh, director of the mosque, said he was informed that the site would be shut down to Muslim worshipers from 10 p.m. Sunday until Tuesday night, Wafa reported.

Abu Sneneh added that the Muslim call to prayer will also be banned during the shutdown period.

Severe restrictions for Palestinians, including denied access to the Ibrahimi Mosque, are typically implemented by the Israeli authorities during Jewish holidays for alleged security purposes. The occupied West Bank and besieged Gaza Strip have also been placed under an 11-day military general closure for the holiday.

The mosque, believed to be the burial place of the prophet Abraham, is sacred to both Muslims and Jews and has been the site of oft-violent tensions for decades.

The holy site was split into a synagogue, known to Jews as the Cave of Patriarchs, and a mosque after US-born Israeli settler Baruch Goldstein massacred 29 Palestinians inside the mosque in 1994.

Since the split, Muslim worshipers have been denied access to the site during Jewish holidays and vice versa in effort to prevent violence from erupting at the holy site. Located in the center of Hebron, one of the largest cities in the occupied West Bank, the Old City was also divided into Palestinian and Israeli-controlled areas at the time, known as H1 and H2.

Some 800 notoriously aggressive settlers now live under the protection of the Israeli military in the Old City, surrounded by more than 30,000 Palestinians.

Tags: Muslim Mosque Israel Jewish
Short Link rasanews.ir/201odh
Share
0
Please type in your comments in English.
The comments that contain insults or libel to individuals, ethnicities, or contradictions with the laws of the country and religious teachings will not be disclosed