Rasa - Egypt has sentenced 13 more people to death on charges of involvement in militant activity as authorities struggle to contain the insecurity across the North African country. 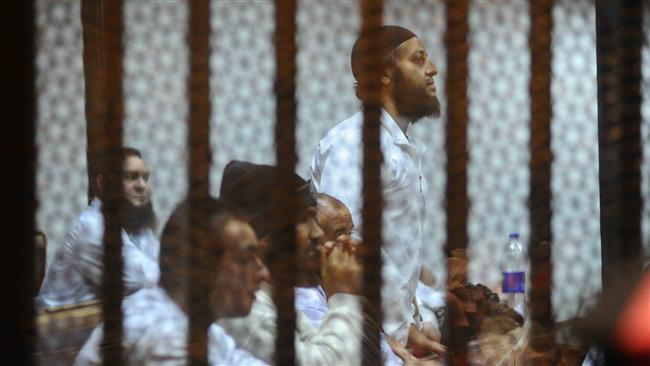 RNA - In a ruling issued by a Cairo criminal court on Sunday, the 13 members of the Ajnad Misr, or Soldiers of Egypt, were recommended to the country's top religious authority to face the death penalty over their involvement in attacks that targeted security forces in and around the Egyptian capital since 2014.

Egypt launched a sweeping operation in 2015 to hunt Ajnad members. Security forces managed to kill the leader of the group while many of its members have remained in custody since then.

The Sunday ruling should now be examined by Egypt’s Grand Mufti, a procedural, non-binding opinion which is needed before the sentences could be carried after a December 7 final verdict.

Egypt has been battling a number of major militant groups since a military-led coup led to the ouster of Mohamed Morsi, Egypt’s first democratically-elected president, in 2013. A branch of Daesh, a Takfiri terrorist group which began its operations in Iraq and Syria, has been launching attacks in the volatile Sinai peninsula while other groups continue targeting security forces and civilians on the mainland.

In their broad definition of terrorism, Egyptian courts also continue to prosecute many members of the Muslim Brotherhood, the most dominant opposition party in Egypt. Senior leaders of the party, including Morsi, face death or life sentences while tens of thousands of others remain behind bars.

The government of President Abdel Fattah el-Sisi, the former army chief who many say orchestrated the coup against Morsi, has defied repeated international calls for releasing Brotherhood members and other activists as many inside Egypt say his crackdown is a major impediment to establishing security in the country.

Tags: DAESH Egypt
Short Link rasanews.ir/201odY
Share
0
Please type in your comments in English.
The comments that contain insults or libel to individuals, ethnicities, or contradictions with the laws of the country and religious teachings will not be disclosed