Rasa - The FBI has warned of a looming violent threat against police in the US, calling it “black identity extremism,” according to a leaked report. 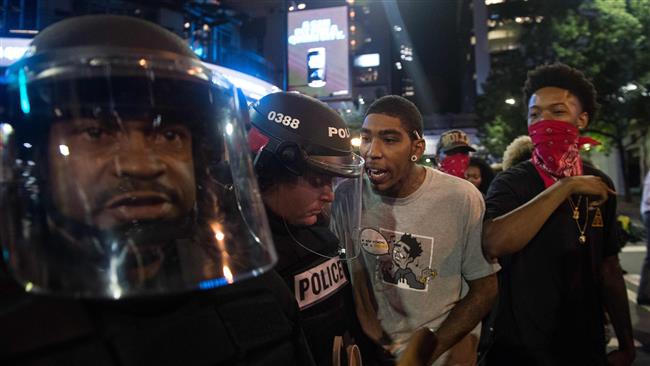 RNA - The Foreign Policy magazine has obtained the document which is dated August 2017 and was written by the Domestic Terrorism Analysis Unit within the bureau.

“The FBI assesses it is very likely Black Identity Extremist (BIE) perceptions of police brutality against African Americans spurred an increase in premeditated, retaliatory lethal violence against law enforcement and will very likely serve as justification for such violence,” the document reads.

According to the document, “alleged police abuse” is believed to be feeding “the resurgence in ideologically motivated, violent criminal activity within the BIE movement.”

This comes as the US has been dealing with a growing trend of police violence over the past few years, a problem intensified with a series of high-profile shooting deaths of unarmed African Americans at the hands of white officers.

So far this year, nearly 750 people have been shot and dead by US police and 170 of them were African Americans.

A former senior counter-terrorism and intelligence official from the Department of Homeland Security called BIE an idea that “has no basis.” He said, “There are civil rights and privacy issues all over this.”

In the 12-page report, the FBI points to the 2014 fatal shooting of Michael Brown in Ferguson, Missouri, by police and the grand jury decision not to indict the officer who shot and killed the unarmed teenager.

It describes the incident as a catalyst for BIE movement and cites six events, involving police officers being shot, which happened afterwards as evidence to support the theory.

“Even though five of these attacks occurred following controversial police shooting of African Americans by white police officers, BIE targeting of officers was not, in every incident, based on their specific race,” the report says.

The report mentions Micah Johnson, who shot at police officers during a July 2016 Black Lives Matter march in Dallas, Texas, as an example, saying he was “influenced by BIE ideology.”

The agency issued a statement, saying that the bureau “cannot initiate an investigation based solely on an individual’s race, ethnicity, national origin, religion, or the exercise of First Amendment rights.”

Tags: Black US Extremism
Short Link rasanews.ir/201odR
Share
0
Please type in your comments in English.
The comments that contain insults or libel to individuals, ethnicities, or contradictions with the laws of the country and religious teachings will not be disclosed