Rasa - Lebanese security forces have arrested three people on charges of collecting sensitive information and passing it on to the Tel Aviv regime. 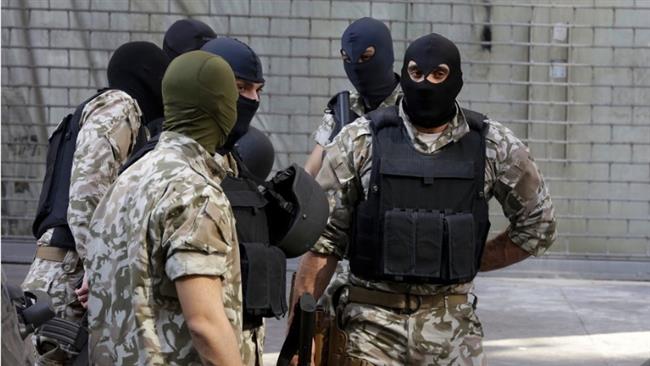 RNA - The General Directorate of State Security announced in a statement on Saturday that the spy cell was dismantled in recent days, stressing that the trio had been active in Bourj el-Barajneh area in the southern suburbs of Beirut, as well as in Aley district in the southeast of the capital, Arabic-language al-Akhbar daily newspaper reported.

One of the detainees, identified as Abbas S, has confessed to have knowingly assisted Israel's Mossad spy agency, while another has claimed to have been in touch with Israeli intelligence officials for amusement.

The cell operator is a resident of the Israeli-occupied terrorists.

On August 13, fighters from the Lebanese Hezbollah resistance movement found an Israeli spying device on the outskirts of Barouk village in the Chouf district of Mount Lebanon, located 52 kilometers southeast of Beirut.

The Israeli military then remotely detonated the spy device to prevent the de-codification and interpretation of its recorded data.

However, Hezbollah fighters could recover some parts of the exploded device, including its transmission receiver base and batteries.

On June 7, 2016, the Lebanese army dismantled a spy device hidden inside a fake rock in Chouf district.

The government troops found the device inside a rock cobbled together from plastic in an area between Barouk and Ain Zhalta villages.

Three lock boxes were found next to the fake rock, with wires hanging out of them. The boxes were apparently used to operate the device, which was connected to an audio power amplifier.

The Lebanese army soldiers and Hezbollah fighters have on occasions dismantled Israeli surveillance devices planted near the country’s border regions with the occupied territories.

Israel has continued to use offensive tactics aimed at creating chaos in Lebanon. It has planted devices not just on Hezbollah’s civil telecommunication networks, but also on its military ones.

Tags: Lebanese Israel Beirut
Short Link rasanews.ir/201odF
Share
0
Please type in your comments in English.
The comments that contain insults or libel to individuals, ethnicities, or contradictions with the laws of the country and religious teachings will not be disclosed