Rasa - A Palestinian man was allegedly critically injured in the predawn hours of Friday after being attacked by Israeli settlers in the Northern occupied West Bank, according to locals. 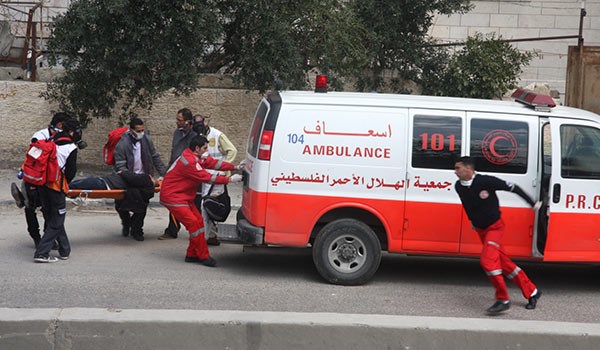 RNA - Locals told Ma’an that Mahmoud Muhammad Jararaa, 26, from the Asira al-Shamaliya town in Nablus was driving his private vehicle on the main Ramallah-Nablus road when Israeli settlers from the illegal Shilo settlement threw rocks at his car, causing him to sustain serious head wounds and fractures in his skull.

Jararaa was taken to the Ramallah Istishari Hospital where his condition was reported as critical.

A spokesperson for COGAT, the Israeli agency responsible for implementing Israeli policies in the occupied Palestinian territory, was not immediately available for comment.

Some 600,000 Israeli settlers reside in occupied Palestinian territory in violation of international law. The international community has repeatedly called their presence and rising population the main impediment to potential peace in the region.

According to UN documentation, there were a total of 107 reported settler attacks against Palestinians and their properties in the West Bank, including East Jerusalem, in 2016, with 132 attacks being reported since the beginning of 2017.

While the settlers living across the occupied West Bank in violation of international law are permitted to carry guns, and are rarely held accountable for stone throwing or similar attacks, Palestinians face up to 20 years in prison for throwing stones where intent to harm could be proven, and 10 years where it could not.

Many Palestinian activists and rights groups have accused Israel of fostering a “culture of impunity” for Israeli settlers and soldiers committing violent acts against Palestinians.

Israeli authorities served indictments in only 8.2 percent of cases of Israeli settlers committing anti-Palestinian crimes in the occupied West Bank in the past three years, according to Israeli NGO Yesh Din.

Tags: Palestinian Israel
Short Link rasanews.ir/201ocb
Share
0
Please type in your comments in English.
The comments that contain insults or libel to individuals, ethnicities, or contradictions with the laws of the country and religious teachings will not be disclosed