Rasa - At least five people have been killed as Saudi Arabia’s warplanes conducted an airstrike on a road in Yemen’s southwestern province of Ta'izz. 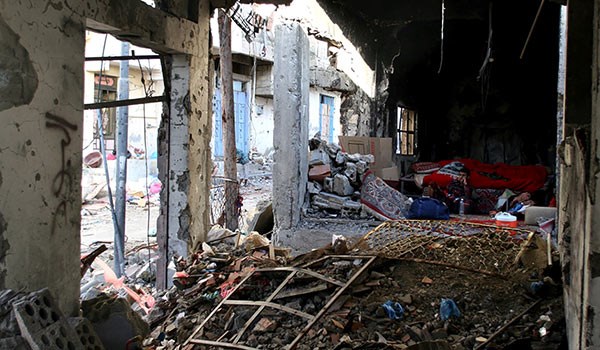 RNA - According to Yemen's official SABA news agency, the aerial aggression occurred on a road in the al-Barh area of the Maqbanah district on Monday, wounding four other people.

Other reports, however, announced that at least eight people sustained injuries in the airstrike.

The cholera outbreak in Yemen which began in April, has also claimed over 2,100 lives and has infected 750,000, as the nation has been suffering from what the World Health Organization (WHO) describes as the “largest epidemic in the world” amid a non-stop bombing campaign led by Saudi Arabia. Also Riyadh's deadly campaign prevented the patients from traveling abroad for treatment and blocked the entry of medicine into the war-torn country.

Tags: Yemen Saudi
Short Link rasanews.ir/201obk
Share
0
Please type in your comments in English.
The comments that contain insults or libel to individuals, ethnicities, or contradictions with the laws of the country and religious teachings will not be disclosed