Rasa - Israeli Prime Minister Benjamin Netanyahu has promised that his regime would build more settlements in an area at the heart of the occupied West Bank, defying repeated international calls for a halt to the controversial activity seen as a major impediment to peace. 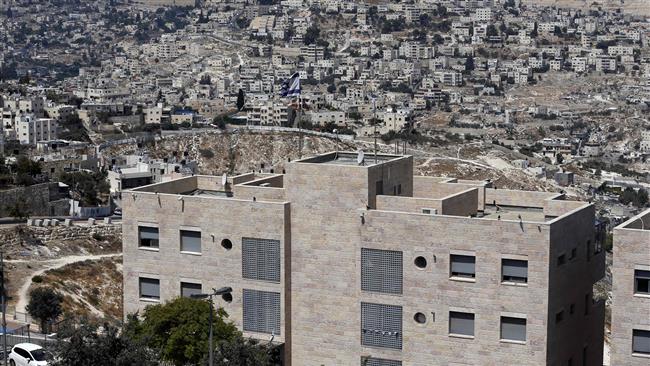 RNA - Netanyahu said on Tuesday during a visit to the Maaleh Adumim settlement that “We shall build here thousands of housing units.”

He said Israel would add industrial zones in the area, which currently hosts some 37,000 settlers.

The controversial remarks come against the backdrop of previous calls by Netanyahu and other Israeli officials to absorb parts of the West Bank into what Israel promotes as a so-called future state.

Israel occupied the West Bank in the 1967 Six Day War. More than 400,000 Israeli settlers have been accommodated in settlements in the territory which is home to 2.6 million Palestinians. The international community has repeatedly warned that those settlers would have no place in a future Palestinian state and Israel should evacuate them.

During his visit to Maaleh Adumim, Netanyahu did not elaborate on where the new settlements would be built but other reports suggested it would lie on a contentious area adjacent to a settlement known as E1. Palestinians have repeatedly warned against plans for expanding the two settlements, saying they would further divide the West Bank and make it harder for the Palestinians to claim the territories in a future state.

Senior officials from the Palestinian Authority reacted to Netanyahu’s Tuesday comments and called them “totally unacceptable.”

"This is an attempt by Netanyahu to destroy the two-state solution and a clear refusal of any attempt to revive the peace process," said Nabil Shaath, a senior adviser to the Palestinian Authority leadership.

Tags: Israel West Bank Settle
Short Link rasanews.ir/201obc
Share
0
Please type in your comments in English.
The comments that contain insults or libel to individuals, ethnicities, or contradictions with the laws of the country and religious teachings will not be disclosed