Rasa - Syria’s ambassador to the United Nations (UN) has blamed the plight of his countrymen, suffering under almost seven years of a militancy, on an influential part of the international community that is reluctant to truly battle terrorism. 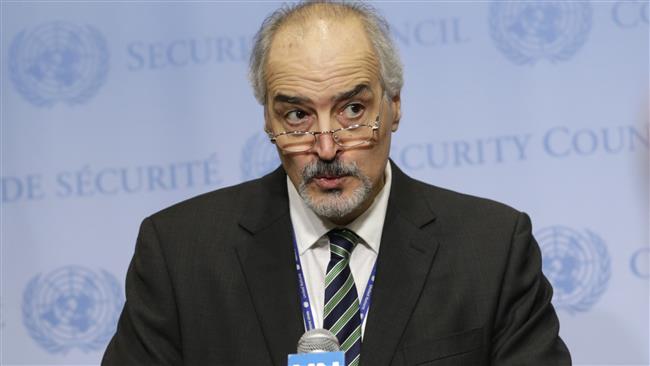 RNA - “What is needed is true political will to combat terrorism and punish their supporters and financiers,” Bashar Ja’afari told a UN meeting on Monday.

Some governments are backing terrorist groups in a bid “to overthrow legitimate governments, destroy states and their capabilities, kill their citizens and displace them as refugees,” he added.

The Syrian envoy also said that foreign terrorists were infiltrating into Syria “through a firm and successive process” organized by many governments and intelligence apparatuses.

Both Syria’s and Iraq’s neighboring states host training camps, weapon depots, and operation rooms for the so-called moderate armed opposition, Ja’afari said. The training camps, he said, are supervised by intelligence and military officers from the countries that are involved in bringing terrorists and their arms to Syria.

Back in June, the UN General Assembly approved the establishment of a new UN office to help member states implement a global counter-terrorism strategy.

Syria has been fighting different foreign-sponsored terrorist groups since March 2011. The US and its regional allies have been supporting anti-Damascus militants.

Tags: UN Syria
Short Link rasanews.ir/201obV
Share
0
Please type in your comments in English.
The comments that contain insults or libel to individuals, ethnicities, or contradictions with the laws of the country and religious teachings will not be disclosed