Rasa - The Israeli minister of military affairs has voiced concern over the Syrian government’s ongoing achievements in the course of the war in the country, urging the US to assume a more active role in the developments in Syria. 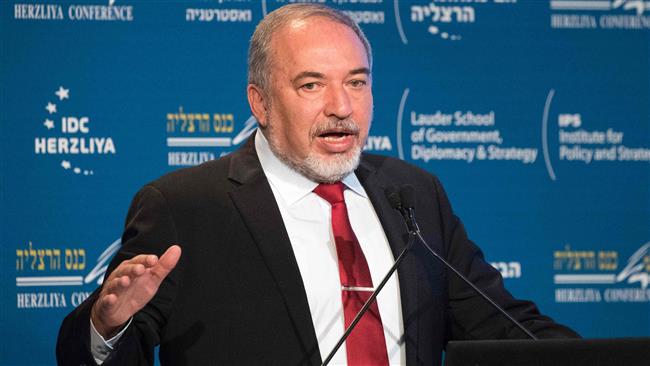 RNA - Avigdor Lieberman’s remarks mark a U-turn in Tel Aviv’s estimations of the Syrian developments, as Israeli officials had long predicted that the government of Syrian President Bashar al-Assad would lose ground in the country’s war against terrorism after the beginning of the conflict in 2011.

“I see a long international queue lining up to woo Assad, include Western nations, including moderate Sunnis. Suddenly everyone wants to get close to Assad,” Lieberman said in a Tuesday interview with Israel’s Walla news site.

“We hope the United States will be more active in the Syrian arena and the Middle East in general,” Lieberman said.

“We are faced with Russians, Iranians, and also the Turks and Hezbollah, and this is no simple matter to deal with, on a daily basis,” he pointed out.

“The United States has quite a few challenges of its own, but as a trend - the more the United States will be active, the better it will be for the State of Israel,” Lieberman noted without elaborating on the type of actions he sought from the administration of US President Donald Trump.

Israel, which has waged four wars against Syria since 1982, has been lobbying to persuade the US to take a more active military role against the Syrian government and its allies. However, the US claims that its operations in Syria, which have been conducted without any authorization from Damascus, are merely aimed at countering extremist Takfiri terrorists in the country.

Over the past years, the Israeli military has carried out sporadic attacks against various targets across Syria in what Damascus views as an attempt to boost Takfiri terror groups that have been taking heavy blows from the Syrian army and allied forces on the battle ground.

Israel, which continues to occupy Lebanon’s Shebaa Farms and Syria’s Golan Heights, is widely reported to be offering medical help to Takfiri terrorists injured in Syria. In December 2015, British newspaper the Daily Mail said Israel had saved the lives of more than 2,000 Takfiri militants since 2013.

He said Israel's escalation of attacks on the Syrian army positions in the Golan Heights are aimed at paving the way for the terrorist group to gain more grounds.

The Israeli lawmaker further said that the Fateh al-Sham terrorist group is bombing the Syrian Druze village of Khadr, with the support of Israeli Minister of Military Affairs Avigdor Lieberman.

Tags: Syria Israel
Short Link rasanews.ir/201obN
Share
0
Please type in your comments in English.
The comments that contain insults or libel to individuals, ethnicities, or contradictions with the laws of the country and religious teachings will not be disclosed