Rasa - A delegation from the Palestinian Authority, led by Prime Minister Rami Hamdallah, is visiting Gaza as part of reconciliation efforts to end a decade-long division between rival Fatah and Hamas groups. 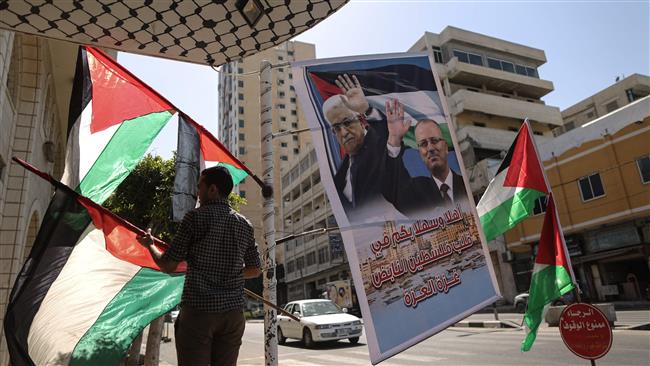 RNA - Hamdallah and several other government ministers on Monday crossed into the coastal sliver where they were to meet with Hamas officials as well as hold a cabinet meeting there on Tuesday.

“We are determined to undertake our role in supporting the reconciliation efforts and turning the page of the division so that the homeland becomes reunited,” the premier said during a ministerial meeting in Ramallah on Sunday.

Fatah and Hamas have been at odds ever since the latter scored a landslide victory in Palestinian parliamentary elections in 2006. Hamas governs the Gaza Strip, while Fatah has set up offices in the West Bank.

The two rival Palestinian factions finally agreed on a unity government in April 2014, but it fell apart months later.

Last month, Hamas announced that it had agreed to dissolve its administrative committee in Gaza. It also invited the Palestinian Authority led by President Mahmoud Abbas to return to the territory and hold new elections in the West Bank and the Gaza Strip.

The announcement followed negotiations in Cairo between Hamas leaders and Egyptian officials.

Fatah has welcomed the announcement and expressed hope that the Palestinian Authority would start taking over Gaza this week.

The visit by the Palestinian Authority government will be monitored by senior Egyptian intelligence officials who arrived in Gaza on Sunday, with Intelligence Minister Khaled Fawzy expected to join them on Monday.

According to a top Palestinian Authority official, who asked not to be named, the Egyptian officials will “serve as a guarantor” to ensure that Hamas hands over the control of different ministries in Gaza.

Another senior Palestinian official, who also asked not to be named, said while he believed the two sides were on the path to reconciliation, there were still some issues which needed to be resolved.

“We still have a lot of work to complete and a number of issues to work out,” the official said, referring to the issue of employees and crossings.

“If we can overcome the employees and crossings issues, then we will move on to the more complicated issue of security,” the official said.

Hamas runs Gaza’s security affairs which the group has said it will not give up. Last week, both Hamas deputy chief in Gaza Khalil al-Hayya and Hamas politburo member Musa Abu Marzouk stressed that the group's arms are non-negotiable.

“No bartering or touching the weapons of the resistance,” Hayya said on Wednesday, stressing that they were reserved for fighting Israel. “We will fight the occupation with all means of resistance until [it] is wiped away.”

According to Palestinian Authority Civil Affairs Ministry spokesman Muhammad Maqadama, a total of 200-250 personnel were also expected to arrive in Gaza around noon on Monday.

Tags: Palestinian Gaza
Short Link rasanews.ir/201obA
Share
0
Please type in your comments in English.
The comments that contain insults or libel to individuals, ethnicities, or contradictions with the laws of the country and religious teachings will not be disclosed