Rasa - Iraqi government forces and allied fighters from Popular Mobilization Units have established control over more than a dozen villages near the northern town of Hawijah. 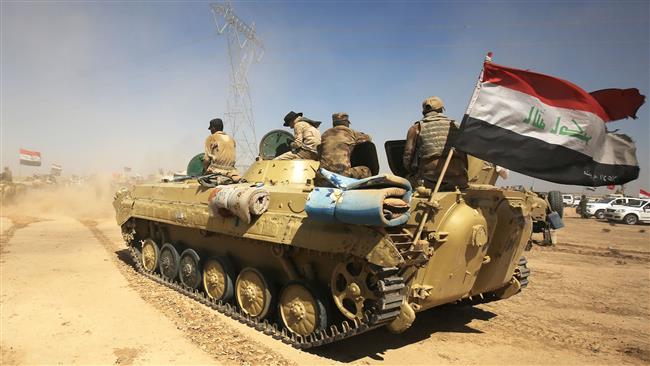 The JOC added that Iraqi fighter jets had destroyed 8 Daesh pickup trucks in an area linking al-Fathah region to nearby al-Riyadh region.

Commander of Federal Police Forces Lieutenant General Raed Shaker Jawdat said the recapture of the air base had cut off Daesh supply lines to Hawijah.

The United Nations says more than 200 people lost their lives and over 380 others suffered injuries as a result of acts of terrorism and violence across Iraq in September.

According to the latest figures released by the UN Assistance Mission for Iraq (UNAMI) on Sunday, terrorist attacks claimed the lives of 203 Iraqis and left 389 others wounded last month.

The worst-affected area was Baghdad province, where violent attacks took the lives of 37 civilians and left 157 others wounded.

Tags: DAESH Iraq
Short Link rasanews.ir/201ob9
Share
0
Please type in your comments in English.
The comments that contain insults or libel to individuals, ethnicities, or contradictions with the laws of the country and religious teachings will not be disclosed