Rasa - The World Food Programme (WFP) says the international community should "rally" for the relief operation for Rohingya Muslim refugees who have fled violence in Myanmar's Rakhine state. 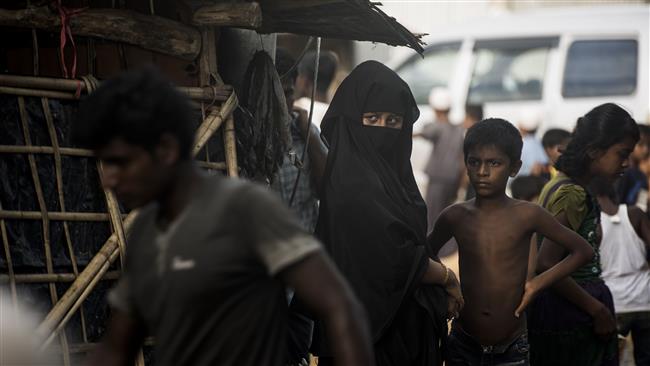 RNA - David Beasley, the head of the food-assistance branch of the United Nations, said on Sunday that Rohingya refugees in Bangladesh risked "a massive catastrophic disaster."

"Bangladesh alone can't handle this. The international community must rally," Beasley said after observing a handout of food to refugees at Kutupalong camp, near Cox's Bazar district.

The UN official said the WFP needed $75 million in the next five to six months to meet the current and anticipated food needs.

"We need support from around the world because you're talking about a literal humanitarian disaster."

"If we don't get the support we need, from health care to proper nutrition and safe water and sanitation and sheltering, this could explode into a catastrophic humanitarian disaster," the WFP head said.

In recent weeks, over half a million Rohingya have fled into Bangladesh to escape Myanmar's military operation in Rakhine.

Bangladeshi authorities have housed the refugees in a number of existing camps near the border.

The WFP says it has already enrolled about 460,000 people in the camps. A program run by the WFP gives the people 25 kilograms (55 pounds) of rice every two weeks for the next six months.

Myanmar’s forces have been attacking Rohingya Muslims and torching their villages in Rakhine since October 2016. The attacks have seen a sharp rise since August 25, following a number of armed attacks on police and military posts in the western state.

The Muslims have been subject to communal violence by Myanmar's military and extremist Buddhists for years.

The latest eruption of violence in Rakhine has killed more than 1,000 people and triggered an exodus of the Rohingya to Bangladesh.

The latest figures by the UN indicate that more than 500,000 Rohingya Muslims have fled to Bangladesh since violence broke out on August 25.

On Friday, at least 60 people, among them women and children, lost their lives following an incident in which a boat carrying Rohingya refugees capsized in rough waters off Bangladesh.

Refugees in Bangladesh have told numerous eyewitness accounts of summary executions, rapes, and arson attacks by Myanmar's military since the crackdown against the minority began.

Myanmar’s government brands more than one million Rohingya Muslims in the country as “illegal immigrants” from Bangladesh. The Rohingya, however, have had roots in the country that go back centuries. They are considered by the UN the “most persecuted minority group in the world.”

Tags: Muslim Rohingya Myanmar
Short Link rasanews.ir/201oat
Share
0
Please type in your comments in English.
The comments that contain insults or libel to individuals, ethnicities, or contradictions with the laws of the country and religious teachings will not be disclosed