Rasa - Nigerian police have disrupted Muharram ceremonies in the northern city of Sokoto, arresting at least six of the participants. 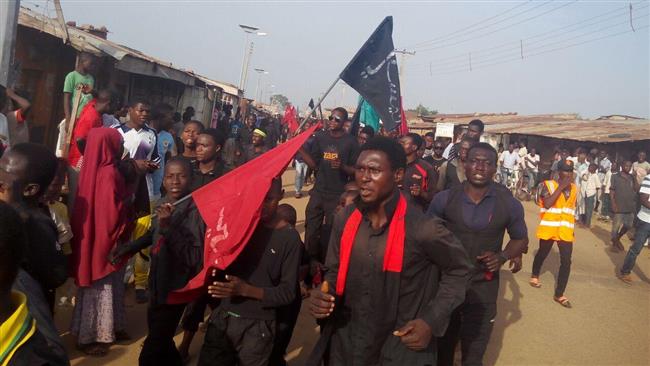 RNA - All of those arrested on Saturday were members of the Islamic Movement in Nigeria (IMN), whose leader Sheikh Ibrahim Zakzaky is in jail.

The ceremonies were being held despite a ban by Sokoto state on the group’s activities.

"The Islamic Movement is highly dismayed when news emanated that Sokoto state Commissioner of justice has announced the ban on Shia processions in the state," said an IMN spokesman.

"For the avoidance of any doubt we will like to remind the state government and the general public that all our processions have been peaceful throughout the history of the Islamic Movement. In fact, the last three processions held by the Islamic Movement in Nigeria in Sokoto metropolis were devoid of anything unpleasant and even enjoyed police protection as ordered by the constitution. Hence we are surprised by the anticipated public disorder as proclaimed by the commissioner," he added.

Meanwhile, IMN members have held a fresh protest in the capital Abuja, demanding the release of their jailed leader Sheikh Zakzaky.

On December 13, Nigerian forces raided the house of prominent Shia Muslim cleric Sheikh Ibrahim Zakzaky, the leader of the IMN, and arrested him after killing those attempting to protect him, including one of the movement's senior leaders and its spokesman.

The raid occurred a day after Nigerian soldiers attacked Shia Muslims attending a ceremony at a religious center in the city of Zaria, accusing them of blocking the convoy of the army’s chief of staff and attempting to assassinate him. The Sheikh himself, who was shot seven times during the attacks and blinded in one eye, still remains in army custody with no charges filed against him.

Tags: Zakzaky Muharram Nigeria
Short Link rasanews.ir/201oai
Share
0
Please type in your comments in English.
The comments that contain insults or libel to individuals, ethnicities, or contradictions with the laws of the country and religious teachings will not be disclosed